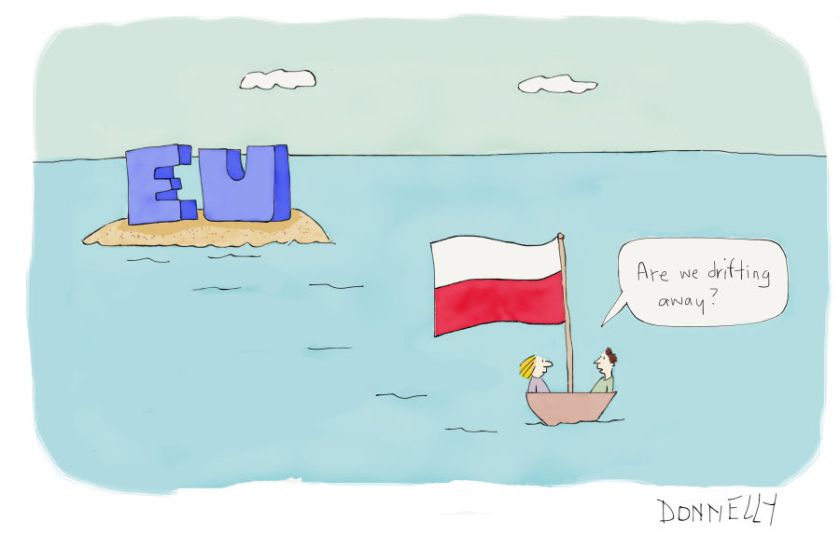 Poland’s accession to the European Union marked a new period of progress for the country. In order to qualify for the EU, Poland, the former Soviet Union satellite state and one-party authoritarian state, had to adopt more liberal social policies and expand its democracy. In addition to the social progress, being in the EU transformed Poland’s economy; after accession, Poland has had access to the EU development fund and attracted more investment from more formidable companies. Furthermore, increasingly, conservative politicians have touted the idea of possibly leaving the EU.  However, as Poland continues to move away from the traditional EU values of democracy and peace in favor of authoritarianism, it is important to investigate what would happen to Poland’s economy if they were to leave the European Union.

Of all of the EU’s most recent accessions, Poland was the country with the largest economy; the country had a significant economic foundation prior to accession. Thus, access to EU development funds only served to expand Poland’s economy. Several highways, express roads, and youth facilities were built in order to help better the country’s infrastructure. Additionally, accession greatly expanded the size of the economy. As of 2020, Poland’s GDP grew by approximately 74%. One of the most fundamental pieces of the EU economic policy was established by the Treaty of Rome. Without tariffs among member states, a common external tariff to countries outside of the EU, and the creation of a single market has made it incredibly easy for Poland to trade with other EU nations rather than their former communist trading counterparts. However, Poland continues to trade with its traditional trading partners, such as Russia and Slovenia. With EU backing, Poland no longer has to rely on Russia for trading. Thus product diversity has made Poland formidable to trade shocks.

Under these circumstances, Poland has flourished. However, Poland has retracted on its progress. In 2020, the conservative party, Law and Justice, assumed power. Their objectives include taking over the media landscape, centralizing power, and remaking the judicial branch to make it more difficult for the minority liberal party to put judges on the bench. Furthermore, the party has indicated the possibility of leaving the EU. But if Poland were to actually leave the EU, what would happen?

In the long term, it is likely that prices in Poland will rise, due to the fact that cheaper labor will be available in Poland. Additionally, in the short-term, loss of jobs created as a result of the EU association. This would likely cause the country’s economy to collapse — without the EU, Poland’s trading partners (Russia, Slovenia) are unreliable and cannot bring the same amount of economic growth/leverage to the table as the EU has.

It’s evident that Poland has a lot to consider if it debates leaving the EU. Without a strong economic foundation, the country will likely experience more economic troubles down the road. □