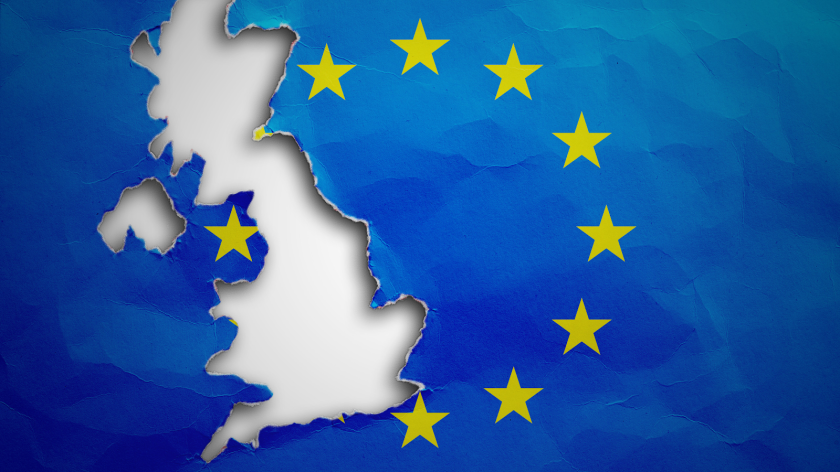 Brexit may be short term pain for the EU that is accompanied by long term gain in economic and political growth.

At first glance, Brexit seems to be a no-win situation for the UK or the EU. That being said, the damage to both states are not equal. Brexit sees the loss of roughly 17% of the EU’s GDP and 15% of the EU’s population. Even with that sizable loss, the EU is still the second largest economy with some of the world’s most skilled workers. Alongside the loss of free-trade, many industries in the UK are considering moving headquarters inside the EU to allow access to higher skilled workers and EU tariff-free markets. Furthermore, the UK was always considered “the awkward partner” with hesitant EU relations and expansion. With their withdrawal, the EU now can prioritize closer economic integration, for example EU debt. Overall, the EU’s future is bright and the pain from Brexit has, and will continue to, strengthen the EU politically and economically.

Brexit threatens to hurt certain domestic industries such as fishing in the EU. The fishing industry, centralized in the Flanders region of Belgium, is dependent on UK fishing rights that are derived from the EU charter. Thus, after Brexit is complete, presuming no subsequent deal, EU boats will be limited and unable to fish in UK territorial waters, destroying the EU fishing industry. This is one example representative of a much larger problem of decoupling economic interdependence that has developed over decades. The Flanders region accounts for 85% of exports to the UK all of which is threatened by a no-deal Brexit and will be damaged in some part even with a Brexit deal. The industries involved include agriculture, food production, petrochemicals, and historic fabric weaving. As seen, the impact of Brexit is noticeable and will disrupt multiple sectors of the economy. That being said, overall, the damage to the EU’s economy is minimal when compared to the impact of the British economy, but there will still be mass job losses in certain domestic sectors.

With the domestic industry losses of the EU, Brexit does invite new industry from the UK to establish new headquarters in the EU. Brexit has created instability in the market that has created new pressure for industries to prepare for the worst-case no-deal Brexit. Beyond the market instability that is troubling the UK, the potential loss of access to high skilled workers from the EU and even access to EU markets has led to a preemptive shift of companies to the EU. The only possible solution for this shift is for the UK to maintain similar regulations as the EU to allow a mostly seamless transfer of goods. Even with similar regulations, the EU has the power to modify regulations at any time without any input from the UK, and the further the UK strays from EU regulations the greater the cost to companies who want to export goods to the EU or tap into EU labor markets. The most important industry at threat of being stolen is the UK’s financial services industry centered in London. EU membership has allowed financial firms in the UK to manage EU financial services. This can all change as the EU angles to move UK financial services firms to the EU. That being said, it is unlikely that such a large movement of firms will happen overnight because of the EU’s fragmented security laws and billions needed for a successful movement of business to the EU, but Brexit may be the starting point of a massive shift of financial services firms that services not only the EU but global transactions.

Beyond just movement of industries, Brexit opens the door for unified EU debt. Covid-19 has reinvigorated the debate over the necessity of EU debt to help assist EU members recover from the Covid-19 economic recession. In contrast to national debt, EU debt will be more stable and have a lower interest rate, but it is a further step toward greater political and economic unification. The challenge with EU debt in the past has been staunch opposition from the UK and Germany, but Germany has since reversed its position and become one of its largest advocates while the UK will no longer have a say in the matter. The only challenge facing EU debt now is the “Frugal four” – Austria, Sweden, The Netherlands, and Denmark – who prefer loans over grants for aid. Thus Brexit has brought EU debt one step closer to reality.

In conclusion, Brexit has an indeterminate economic impact on the EU. On one side there is the domestic economic loss from regions such as Flander that will suffer without any agreement. On the other, the EU has the potential to gain new industry that sees the EU market too valuable to lose and shifts their headquarters and production to the EU. No matter the economic impact, the EU will gain politically by pushing current EU members closer together, not only economically with the EU Debt, but possibly politically in ways unbefore seen. □