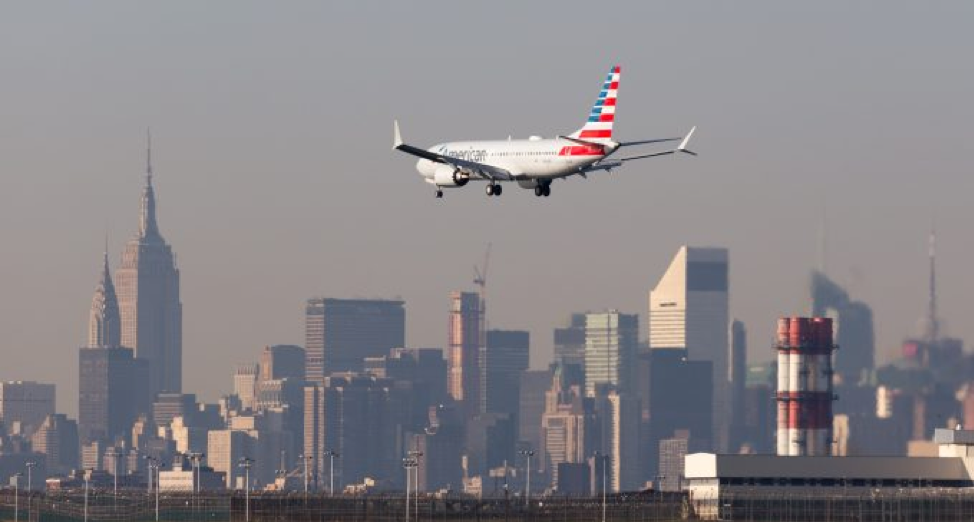 The catastrophic failure of Boeing’s 737-Max fleet and the ensuing financial troubles raised plenty of questions about the long-term effectiveness of low-margin businesses and pseudo-monopolies.

As the holiday season looms ahead, plenty of people around the world are preparing, with varying degrees of enthusiasm, to make the yearly trip back home to reunite with friends and family. With 3.1 million passengers expected to fly on the Sunday after this year’s Thanksgiving¹, it should be a busy and profitable stretch for nearly all airline companies and their constituents, but with one noticeable exception: the Boeing 737-Max. Much like the distant uncle who caused a drunken fit at last year’s Thanksgiving dinner, this particular Boeing model will not be cordially invited back for the holidays.

In 2011, Boeing Company, the world’s largest airplane manufacturer and distributor, introduced the 737-Max model to its fleet of offerings to keep up with competition from its rival company Airbus². In an effort to stay competitive and to alleviate pressure from shareholders, Boeing declared that it would be producing a new spin-off within its famed 737 line of airplane models, a plane called the 737-Max. The 737-Max, referred to as the Max in shorthand, was interesting because it was not actually a new plane — rather, it was a derivative of an old model whose lineage can be traced back to the 1970s, and was embezzled with a newer engine, modern technologies, and improved aerodynamics³. This economically efficient approach, combined with solid marketing tactics and Boeing’s reputable legacy, ensured that the Max was going to lay the foundation for another decade of dominance in airplane manufacturing and leasing. And yet, the outcome could not have been more different.

The series of unfortunate events began in late 2018, only three years after the model made its commercial debut, when two disastrous plane crashes were tied back to faulty electronics in the 737-Max’s design⁴. The technical details are lengthy, but the essence of the matter is that by equipping older Boeing models with powerful, heavy motors, the plane’s weight distribution was skewed in a way which made it prone to destabilization mid-flight. To compensate for this engineering flaw in the most cost-effective manner, Boeing implemented a new angle-monitoring system known as MCAS to the Max planes. This monitoring system proved to be the root cause of both crashes.

In response to the disaster, governments around the world announced that 737-Max planes would have to be grounded indefinitely. The economic consequences hit Boeing almost immediately, as the stock dropped more than 10%, which equated to about a $10 billion drop in the market cap alone.

Boeing was not the only company impacted by its mistakes. The grounding of a plane involved in around 8,600 flights per week had all kinds of economic ramifications for commercial airlines, and this resulted in tens of millions of dollars in lost revenue⁵. The exact number for this collateral damage has not been estimated, but last month, Southwest Airlines filed a lawsuit for $115 million against Boeing for lost pay, citing an 8% decline in passenger service in 2019⁶. Southwest is the largest operator of 737-Max planes, but American Airlines and Air Canada are not far behind⁵.

The financial woes don’t stop there. Right before the first 737-Max crash, there were around 380 Max planes shipped to various airline companies around the world, and there were more than 150 in service. What’s even more incredible is that even after the groundings, Boeing continued manufacturing more than 50 Max planes every month⁷. These are planes which, according to Boeing’s own estimates, cost in the order of $100 million per unit⁸. So, continuing to spend hundreds of millions of dollars on constructing planes which may never be able to fly again may seem ridiculous, and that’s partly because it is ridiculous in theory, but it makes reasonable financial sense when one considers Boeing’s business model.

When dealing with an industry like airplane manufacturing, where a company’s products are so intricate and labor-intensive that they cannot simply be made to order and sold briefly afterwards, orders for purchases must be made years in advance while adhering to strict predetermined plans. Any deviation from this plan, no matter how small, is costly for both the airline and the manufacturer. Since the planes cost so much to assemble, they cost even more for the airline companies to lease or purchase, adding even more pressure to the ordeal. If you have ever wondered how airlines get their airplanes, there are commonly-accepted strategies. Firstly, the airlines can buy new planes directly from the manufacturer through large-scale deals which give them discounts on per-unit prices. Secondly, airlines can lease new planes or purchase older ones through third-party organizations. In either approach, the operation has such massive overhead costs that sales are determined long before they occur, with little room for adjustments or insurance.

This rigid business model, with its tight margins and low turnover, is not designed to accommodate sudden changes, and it is certainly not designed to deal with a sudden worldwide grounding and potential decommissioning. So the current situation is that Boeing, along with many public airline companies, cannot economically afford to abandon the 737-Max because of how much money has already been piled into it. To make matters worse, the global airplane manufacturing industry is essentially a duopoly controlled by two companies: Boeing and Airbus. A common question that arises in response to this issue is: Wouldn’t this be great news for Airbus, since it can just fill in the gap left behind by the grounded Boeings? No, it cannot, because Airbus is constrained by the same type of backlog on orders and rigid order schedules as Boeing. To add, because of the nature of monopolies (or pseudo-monopolies), Airbus is already profiting plenty from its standard approach to manufacturing, so its incentive to take unfamiliar measures is not actually that great. This also means that the airline companies cannot achieve temporary financial relief by switching to Airbus planes while they wait for the 737-Max planes to get cleared by aviation administrations, so they will continue to lose profits in the meantime.

To tally the fiscal damage, commercial airlines have lost well over $100 million due to purchasing agreements and grounded planes, while Boeing’s direct losses have been estimated at around $10 billion, accounting for lawsuits, manufacturing changes, auxiliary safety tests, loss of brand value, and lots more⁹. But that’s not all.

Recall that Boeing, Southwest, and American Airlines are all American companies which contribute significantly to the U.S economy. Boeing, for one, is the largest manufacturing exporter in the United States. When Boeing loses around $10 billion, that means that losses will cascade well beyond its Chicago headquarters, and Barron’s has reported that the 737-Max incident has dragged U.S. GDP growth down by 0.25 percent points for the second and third quarters of 2019¹⁰.

Using even the most conservative analysis, the economic impacts of Boeing’s poor managerial decisions have been three-fold, harming Boeing itself, its primary customers (public airline companies), and the U.S. economy as a whole to an extent comparable to this year’s government shutdown¹¹. Again, this was caused by managerial decisions made to minimize total spending on a partially new series of plane models.

As of writing this article, the Max is still officially grounded, although Boeing has reiterated plans to have the 737-Max back in operation by the beginning of 2020 once it receives renewed approval from aviation administrations like the FAA¹². At the same time, Boeing is doing everything it can to reinforce the safety and brand-image of the 737-Max fleet. These efforts seem to be working, as last week Boeing received new orders for 737-Max planes for the first time since the grounding¹³. These orders will surely help, but in the same way as throwing a cup of water at a forest fire would help.

Thanks to the prevalence and popularity of rapidly-developing tech industries, society seems to have become so accustomed to fast-paced developments where companies quite literally race one-another to get their product to market first that it becomes easy to forget about how static and constrained large manufacturing ventures can be. On Google, a software bug can be patched on all browsers across the world in a matter of days, if not less. This development has reached cars as well, with new Tesla vehicles that can receive automated performance upgrades in the form of literal software updates. In these regards, the aviation industry seems almost antiquated, where the only thing keeping it in place is legacy, monopoly, and the high cost of transitioning to a new medium. For those ambitious tech entrepreneurs out there, the high stakes of Boeing’s devastating software blunder may have just revealed an exciting new opportunity.

On a greater scale, the 737-Max disaster has raised some interesting questions about the sustainability and efficiency of large businesses which operate on exceptionally low margins, where costs are cut at every corner with compounding money-saving tactics like installing a software to compensate for faulty plane design. Sure, these savings add up over time, but when a single greedy measure can cost a business and its customers over $10 billion, one would start to wonder where all those saved costs went.