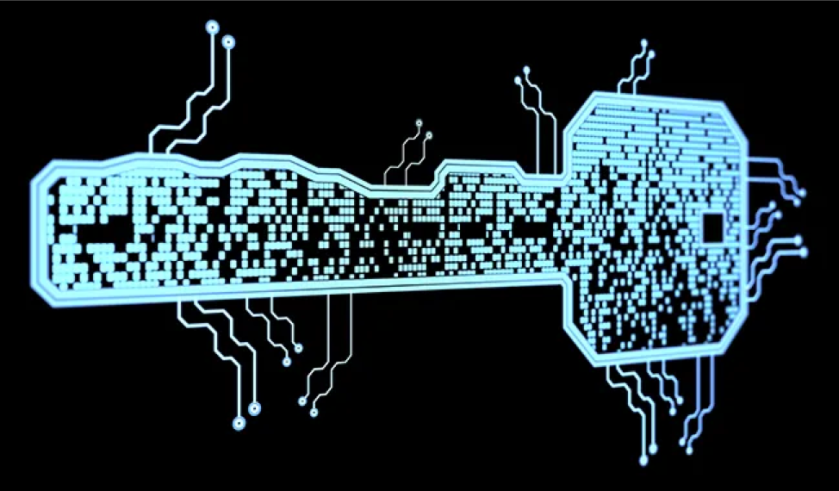 The bulk of Bitcoin’s attractiveness revolves around encrypted protection from hackers and large authoritative institutions. But for some reason, new technological advances which could compromise all cryptocurrency security have had minimal effects on Bitcoin’s price.

Bitcoin, the decentralized digital cryptocurrency system which many consider to be the most disruptive financial development of the 21st century, has faced and surpassed plenty of challenges in its brief history. A plethora of alternative cryptocurrencies, such as Ethereum and Monero, have emerged to take a share from Bitcoin’s success, but none have been able to replace the original in terms of pricing, total circulation, or popularity. Suspicious governments around the world have cracked-down on Bitcoin trades in hopes of maintaining control and authority over their respective economies, yet the number of daily Bitcoin transactions remains above 300,000 and continues to grow. And although Bitcoin’s reputation and integrity were damaged due to its use in facilitating illicit online drug trades, coffee shops and grocery stores continue to accept it as a valid form of payment. Indeed, who could forget when Bitcoin was labeled “the biggest bubble in history” after it lost more than 60% of its value in the first month of 2018, only to have its price rebound back to stable levels a few months later.

The list goes on and the critics keep talking, but Bitcoin continues to trade at around $8,800 per coin as of November 9, 2019. The altcoins are holding their ground as well, with Litecoin, Ethereum,  Ripple, and Monero (the most important alternative cryptocurrencies according to Investopedia) all continuing to trade at steady prices, albeit at much lower prices than before the 2018 crash. It seems that the general faith in the cryptocurrency system, or Bitcoin specifically, has been enough to eclipse its respective array of issues and naysayers.

Two weeks ago, however, a new foe appeared for Bitcoin. A foe which, in theory, should have had catastrophic implications for Bitcoin and the entire foundation of cryptocurrency (and no, it wasn’t Facebook Libra). This adversary is Google’s new Sycamore quantum computer, a computer which was able to resolve a math problem so tedious and complex that it would require a traditional computer somewhere in the order of 10,000 years to answer (10,000 years is Google’s figure — IBM claims it’s just three days). A system with such computing power could jeopardize the security and integrity of all Bitcoin transactions, and yet, Bitcoin’s price couldn’t seem to care less.

So, what happened? How did Bitcoin score so high on perhaps its biggest test yet?

First, here is some tech background to help clarify the whole situation. Google’s Sycamore computer was able to accomplish this by capitalizing on the concepts of quantum mechanics, a topic which is best explained by other, more intellectual sources (Terry Rudolph’s Q is for Quantum is a great resource for beginners). Without getting too far into the details of quantum particle physics, the gist is that research in the field of quantum mechanics has shown that certain particles can exist in two states simultaneously due to quantum spin. Building off these findings, researchers hypothesized that a computer which uses quantum digits, or qubits, could have exponentially greater computing power than regular computers which use traditional binary digits, or bits. Since a quantum digit can exist in two states at once, the pop-science explanation is that every n qubits can carry 2ⁿ pieces of information, whereas n bits would just carry n pieces of information. This would theoretically allow a quantum computer to vastly outperform traditional computers when it comes to brute-force operational tasks, like factoring massive integers.

Scientists, engineers, and businessmen alike have long recognized the potential applications of these groundbreaking hypotheses, but no one was able to successfully translate these theories into practice until Google did it just before Halloween of 2019. The hypothesis turned out to be correct, as Sycamore completed a brute-force mathematical operation in an amazingly short amount of time using the power of qubits.

The implications of Google’s quantum leap are far-reaching, but could also be devastating for cryptocurrency holders and investors. If in the odd chance you happen to be familiar with cryptography and Rivest–Shamir–Adleman (RSA) encryption, the ‘factoring massive integers’ caveat should have rung all sorts of alarm bells. It turns out that the foundation of modern cryptography systems — the systems which ensure security and anonymity for cryptocurrency users and their payments — relies on RSA encryption. Every payment on the crypto blockchain is protected using RSA encryption so that only the sender and recipient can see and access the contents of a payment. The ability to instantly make payments online without having to worry about having your purchases tracked by malicious hackers, bankers, or governments is a large part of what makes Bitcoin and other cryptocurrencies so desirable.

RSA encryption has worked up until now because it relies on public/private key pairs which are derivatives of a specific factor of a huge number. If one were to decipher an RSA key’s mystery factor, then they could unlock an encrypted message and have access to its contents. Finding all of the factors of a massive number would take a traditional computer a very long time due to the exponential nature of the problem. Quantum computers, on the other hand, can find factors in a matter of minutes due to the n vs. 2ⁿ attribute mentioned earlier. To translate this into layman’s English, here is a quote from Microsoft research director Dr. Krysta Svore:

The RSA-2048 challenge problem would take 1 billion years with a classical computer. A quantum computer could do it in 100 seconds.

To translate this even further, now that quantum computers are a reality, Bitcoin and other cryptocurrencies could quickly become as secure as a barstool with three legs. Considering this, and the fact that this revelation is widely-publicized public knowledge, why haven’t Bitcoin and cryptocurrency prices fallen significantly due to presumed mass-selloffs?

The go-to answer echoed by crypto-enthusiasts worldwide is that Google’s Sycamore is an incredibly primitive form of quantum computer which was intentionally tailored to solve a specific problem — something akin to a calculator which can only put two and two together. Not only is the quantum computer inaccessible for hackers, but it would likely fail to routinely break RSA encryption in a real-world setting. Ethereum’s founder Vitalik Buterin and early Bitcoin developer Peter Todd have both publicly emphasized this counter-argument.

At the same time, security agencies and private companies worldwide are rushing to implement quantum-proof encryption techniques that could withstand even the staggering operational power of qubit-based computers. Developers have said that if a new quantum-proof system were discovered, the entire existing Bitcoin blockchain could theoretically be modified to meet new security demands. This would not take much effort, but it would be costly for Bitcoin miners who would have to renew all of their existing hardware and software. Such a shift would be convenient enough to practice, but would likely have negative ramifications for Bitcoin’s price. For now, though, it is looking like a race-against-time between quantum computers and new quantum-proof encryption systems.

Another possible explanation for Bitcoin’s calm and collected response to quantum advancements is that Bitcoin holders just didn’t take notice of the development or its implications, and therefore had no reason to panic. This explanation is much more speculative and much less likely, considering the widespread coverage combined with the fact that Bitcoin users tend to have above-average knowledge when it comes to tech.

Despite all of these details and hypotheticals, the key takeaway from the incident is how well Bitcoin, a stereotypically volatile and unpredictable currency, responded to potentially ruinous news. This occurrence speaks volumes about support and trust in Bitcoin and shows that maybe Bitcoin supporters’ faith goes beyond the simple need for secure online transactions. This quantum breakthrough may have proven that the true value of Bitcoin goes far beyond encryption and novelty.

Whether Bitcoin and other cryptocurrencies will withstand the test of computing advancements is still a mystery, and crypto investors will have to decide whether they’re long or short. Whatever it may be, these recent events are an irrefutable testament to the power and resiliency that cryptocurrencies like Bitcoin have. Quantum computers may be able to break even the most sophisticated encryption systems, but it seems like they still cannot break general faith in Bitcoin’s value.

Bajpai, P. (2019, June 25). The 10 Most Important Cryptocurrencies Other Than Bitcoin.  Investopedia. Retrieved from https://www.investopedia.com/tech/most-important-cryptocurrencies-other-than-bitcoin/.

Macauley, E. (2019, July 22). What are the Most Popular Cryptocurrencies? The Hartford. Retrieved from https://sba.thehartford.com/finance/cryptocurrency/what-are-the-most-popular-cryptocurrencies/.

Marchenkova, A. (2015, August 13). Break RSA Encryption With This One Weird Trick. Medium. Retrieved from https://medium.com/quantum-bits/break-rsa-encryption-with-this-one-weird-trick-d955e339487.