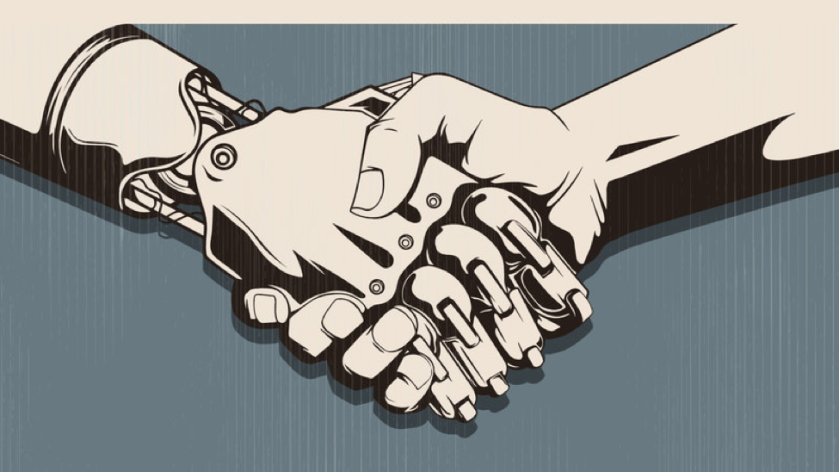 Technology is running and running quickly, but it does not seem to be giving as big of a boost as past inventions. Is the digital revolution not as revolutionary as its predecessor…?

You don’t need to be in Silicon Valley to hear all the buzz about where technology can take us. The supposed glory of artificial intelligence and its potential uses are ubiquitous: whether it’s tech company adverts on television, articles in newspapers, or geeky word of mouth. In fact, the growth of this innovation is said to be the next revolution for humanity, surpassing the agricultural revolution and the industrial revolution. Today, our world is experiencing the technological revolution. The amount of new technology being introduced to consumers and workers is growing at an increasingly fast pace which should translate to global production growth.

Lately, however, the world growth rate has slowed. Although there has been an increase in technological progress and globalization, data on global production does not corroborate the expected improvements. For example, as seen from the graph above, the US GDP growth rate has been decreasing since the second world war—even during the 21 century. According to economist Robert Gordon, America’s decreasing GDP growth per person is a result of three occurring events. Firstly, hours of labor per person have been decreasing due to higher education requirements for jobs, and the baby-boomer generation finds itself in the retirement stage of the life cycle. Secondly, higher education’s price inflation has been too high, and thus new members of the labor force are paying back debt instead of increasing GDP. Lastly, economic inequality, which is also a global issue, caused most growth to only be experienced by the top percent. When the majority does not experience the benefits of increased production it is regressive to the economy. While the industrial revolution demonstrated substantial exponential growth, the growth from technology does not seem to be as beneficial as it has been made out to be.

Consider the toilet versus the iPhone. This is the anecdotal example that provides an explanation for the disparity between world GDP growth during the two revolutions. When the iPhone was first introduced, it changed the mobile phone market due to its innovative features and superior functionality. Although the technology is impressive, the marginal benefit of the iPhone’s invention does not compare to that of a toilet. Yes, the technology behind a toilet is quite simple, but its marginal benefit is huge in terms of sanitation, pollution, and convenience. The iPhone did improve the mobile phone experience, but would you really rather live without toilets than have a basic cell phone? The point is, during the industrial revolution, many of the inventions completely turned peoples’ lives around. They were able to live much more smoothly and cleanly. Now, however, new inventions are technologically impressive, but they don’t improve our lives as much since many of the inconveniences we face were solved already. Yes, the new stuff is cool, but maybe it’s not as helpful. Maybe now there aren’t as many major inconveniences in our lives that need fixing.

Lastly, this second graph shows the “hockey stick” GDP growth curve. For the past 1700-1800 years, global production has been a flat line, but the industrial revolution in the 19th century spiked the growth rate up for the last 200-300 years. In the grand scheme of time, the past couple centuries seem like an anomaly, giving the line a “hockey stick” look. It begs the question: which part of the line seems “normal”? Arguably, returning to minimal production growth—which seems to be the trend based on the first graph—can be expected. GDP per person growth falling down to a fraction seems like it is coming back to its natural state after a shock that started in the 1750s.

On the other hand, if you go back to Silicon Valley, where there is the highest concentration of engineers working toward artificial intelligence and big data projects, they’ll say you ain’t seen nothing yet. Of course, data is data. Are world production rates growing as if there is currently a revolution? No. But, economist Erik Brynjolfsson notes that GDP calculations miss $300 billion from free goods and services that come from new technologies since many of them are free or cheaper services and GDP measures through prices.

In more depth, Erik Brynjolfsson claims that lower production is not because technological improvements are less significant than industrial ones, rather it is because we are competing with technology rather than working with it. He states the world economy’s productivity has been growing at rates mirroring the industrial revolution. To differentiate, productivity is output per unit of effort while production is output in general. Therefore, since production growth has been decreasing but productivity is increasing, people have been putting in less effort which decreases output. Brynjolfsson states that this duality is rooted in humans competing with technology rather than using it. Technology has been putting people out of jobs, so they’ve had no opportunity to make efforts towards embracing the wave of new advancements. Although productivity has increased due to technology, units of effort have decreased due to technology; therefore, the key to unlocking technology’s potential is to work with it.

The key to the argument is that people can adopt technology for their efforts to maximize efficiency. An economist can try to manipulate and analyze data by hand, but they will never do it as efficiently as a computer could. However, if the economist uses a computer, nothing will beat the efficiency and quality of the combined effort. For example, after the massive Californian wildfire outbreaks in 2017, there have been many efforts to aid disaster response with predictive algorithms. Through satellite images and meteorology maps, these software can notify where a fire is starting and where there is a high probability of a fire starting. Disaster responders can use these digital tools to combat devastation wildfires more beneficially and efficiently.

Furthermore, the development of AI technology continues to grow extensively, and later it will be connected to aspects of human life that will cause great progress in people’s livelihood, such as medicine and energy. The innovations that are currently on the market are advanced, but they are minute relative to their potential. Social media allows us to interact more and big data allows marketers to advertise more intelligently, however, these advances may still not be as marginally comparable as those of toilets with regards to human productivity and ease of life. AI engineers will soon connect its capabilities to mediums which greatly benefit our lives, and thus allow for another revolution. We just have to wait because we ain’t seen nothing yet.