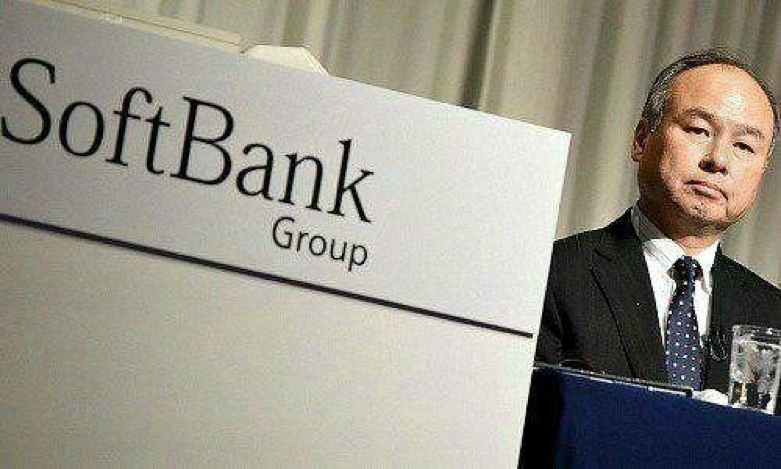 Masayoshi Son & SoftBank: aggressive and ambitious investment strategies on the way to revolutionizing the tech world.

I am going to begin by assuming that you have placed a bet at some point in your life; be it a harmless joke wager with your friends, a ton of money in poker or blackjack, or even a simple bet temptation on a sports game. Why did you place that bet? Well because you believed you had a little more than 50% chance of winning, you expected a higher return. Well, that is somewhat the principle of investing, although, investing requires a great amount of risk calculation. In investing, you are constantly betting on the future – your expectations – with some amount of knowledge of the market predictions. However, when it comes to our fast paced and changing world of technology, how do we bet on the future? Any move in the industry is volatile, so investing can either be very, very beneficial, or very, very risky. There is a man out there, however, who is obsessed with the “information revolution” of the future and betting on it: meet Masayoshi Son, business tycoon and founder of the SoftBank Group headquartered in Tokyo, Japan, and someone who wants to be remembered as the “crazy guy who bet on the future.”

While the Japanese economy may be shrinking, do not mistake the effect to be synonymous with Japanese companies. SoftBank Group is a Japanese multinational holding conglomerate that has become one of the fastest growing corporations in the entire world with an annual revenue of over $82 billion. Son started the company off as a software and computer parts distributor, which then launched itself into Japan’s publishing business. Over the years, Son grew SoftBank into a conglomerate giant by spanning the telecommunications, e-commerce, technology, AI, semiconductor design, robotics, and finance worlds. It holds stakes in high value companies such as Sprint (84.7%), Yahoo Japan (48.17%), Alibaba (29.5%), Uber (15%), Wag (45%), and many more.

To fund these ventures, SoftBank introduced one of the most interesting and ambitious investment funds in 2016 – “The SoftBank Vision Fund”, a $100 billion fund aimed at investing in IoT, tech, AI, robotics, computational biology, communications infrastructure, cloud computing, data-driven business models, and more. The foundation of the fund lies in Son’s firm belief in the power of technology. He has stated that with his investments, he wants to develop technology to extents where “humans can communicate telepathically” and “life expectancy increases to up to 200 years”. These investment goals sound ambitious though well thought out, because the world is steered in the direction of the data boom. These fields are all based on quick answers and new inventions that rest on developments in tech.

But pause, $100 billion? Where is SoftBank getting $100 billion to invest from? The Vision Fund has attracted big players such as Apple, Foxconn Technology Group, Qualcomm Inc, Sharp Corporation, and Mubadala Investment Company of the UAE. However, these companies’ stocks only make up approximately 50% of the committed capital. The remaining 50% is made up of investments from the Public Investment Fund of the Kingdom of Saudi Arabia, and another small part by sovereign wealth funds in Abu Dhabi. Yes, the world’s current most ambitious tech investment fund is driven by a country whose political and humane integrity is walking on eggshells with other countries and whose economic influence comes from the oil and gas industries. With the mysterious murder of the U.S. based journalist Jamal Khashoggi in the Saudi consulate in Istanbul, many criticized the Vision Fund as a fund driven by SoftBank’s ‘blood money’. Many advised Son against future fundraises from Saudi Arabia, who ironically is also one of the largest investors in Silicon Valley.

Early 2019 reports indicate that nearly half of the massive SB Vision Fund has been spent. With Son’s aggressive investment strategy in many startups, profits from the Indian e-commerce and retail company Ola deal, stake in fast-growing companies and his monopolization of Japan, it is not hard to imagine the quick exhaustion of $50 billion from the fund. However, speculations suggest that the fund will last only another 1-1.5 years, observing Son’s business strategy. Son plans to soldier on, and announced his desire to create yet another Vision Fund. He plans to raise capital for Vision Fund II, a $300 billion venture.  The obvious question that arises is where  Son will get this large amount of capital from. With tensions surrounding Saudi investments, Son might have to cut out his major investor, but on the other hand, given SoftBank’s stake in companies such as Uber, WeWork, Slack, and other tech startups, it wouldn’t be surprising to see an exponential rise in potential investors with substantial confidence in SoftBank.