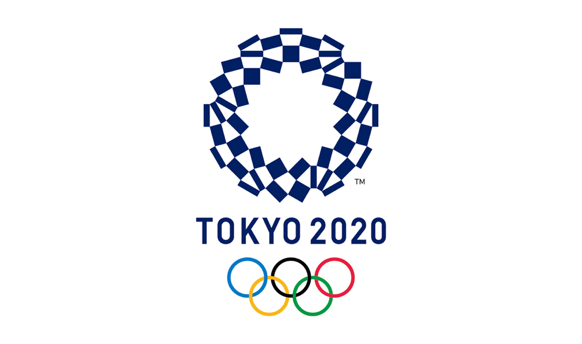 Will the 2020 Summer Olympics games, be enough to help Shinzo Abe’s sluggish economy?

The 2020 Summer Games will be held in Tokyo just as the country hopes these games will jumpstart its sluggish economy. Controversy follows the host city because many believe the cost behind the games (Tokyo paid $150M just to bid for the 2016 games) is not worth it, while others view the games as a way for a city to take on the world stage. For example, in 2012, London used the Olympic games as a way to rebuild East London, which was notorious for being a highly impoverished area. As explored in previous articles, Japan is hosting the games as a possible solution to the depreciating Yen and near-zero interest rates (both indicators of a stagnant economy). But will the 2020 games really help the Japanese economy?

Throughout the 1960s and 1970s, the Olympics rose in popularity as athletes went from amateurs to professionals and money was generated with increased viewership. Since the 70s, the games have become extremely costly, with costs including the construction of stadiums and Olympic villages, improvements to transportations and hotel accomodations. The 1976 games in Montreal first brought this issue to light as the original budget was $124M, but over time the costs had ballooned to $1.5B. As a result of these high expenses, Los Angeles was the only city to bid for the 1984 summer games. The 1984 games were an anomaly as low costs, an increase in broadcast revenue and the existence of stadiums and transportation generated $215M in profit. After the 1984 games, many cities then rushed to host the games, believing that they too could turn a profit; however, a majority of olympic games have been unable to generate profit and Tokyo seems to be no exception.

When looking to the future 2020 games in Tokyo, a comparison with the 2012 London games makes sense because both cities are developed, metropolitan centers. The original budget for the 2012 games was £2.4B, but the costs skyrocketed to £8.77B, more than 3.5 times the original budget. The original budget was too conservative because costs such as security and those associated with the regeneration of East London became more expensive as the deadlines for the games drew closer. Ultimately, the final  revenues were only £2.4B, showing a substantial net loss overall.

Some people may argue that the benefits of hosting extend beyond a simple revenue and  cost analysis because in the end, the East London area has seen some regeneration. Likewise, the Olympic Stadium has been rented by the Premier League team West Ham United. The team rents the stadium for £2.5M yearly, which seems to be an underpayment when considering the £468M cost of building the stadium. Moreover, many of the other structures are not used as much as had originally been planned and are expensive to upkeep. It should be noted that after the 2012 games, there were increases in tourism, jobs, and consumer spending, and these were reflected in a small, short term increase in GDP. However, the long term economic effects of the games are difficult to quantify, and the cost of the games (almost £9B) seems to negate the small handful of positive effects of the games.

The Tokyo 2020 games seem to be on a similar budget plath as the London games. The original budget for the games was ¥666.1B (~$6.1B), which includes construction of infrastructure and running the event. While sufficient transportation and hotel systems are already in place, in October of 2018, the budget was increased to ¥801.1B (~$7.03B), with expectations to increase further. Reasons for these budget increases are scattered but some costs include inbound tourism, road constructions, advertising plans and training programs for volunteers. Who is paying for these expensive games? Taxpayers, the Japanese government and various Olympic committees. With such a high debt/GDP ratio, it seems risky for Japan to take on more debt to finance its section of the Olympic budget as the country’s debt is some of the highest globally. Although keeping Japan’s public debt in mind, it so far has not had issues paying for its olympic financing ,because the country has a very low interest rate environment and has not defaulted on its debt payments. However, the increase in public debt is still worrisome.

On the other hand, The Bank of Japan (BOJ) published a report on the economic impact of the Olympic games, citing an increase in tourism/consumer spending and the possibility of new jobs as two benefits of hosting the 2020 summer games. The Japanese government is assuming that by 2020, the number of visitors will reach 33M, who will increase consumer spending (for reference 20M tourists visited Japan in 2016). Likewise, the Bank of Japan has predicted that 700,000 jobs will be created due to the Olympics, and the Japanese government plans for these jobs to be filled by women and the elderly, as the Japanese job market is extremely tight. Lastly in 2012, Japan joined the Trans-Pacific partnership, which is a trade agreement among countries along the Pacific ocean. The Bank of Japan believes that this trade agreement will promote Japanese international economic ties and boost consumption and exports, leading to further increases in GDP.

So, with Japan’s budget increases and the BOJ’s report in mind, will the 2020 Olympic games have a large impact on improving the Japanese economy? Well, not really  (see HERE). But to recap briefly what I have explored in the previous installment of this series, it is that in a tight labor market, it will be difficult to find elderly workers (as many have left the market), while strict immigration laws keep foreign workers out of the country. Furthermore, just as in the London games, short-term increases in Japan’s GDP due to the massive influx on tourists and visitors may not translate into long-term growth GDP growth. That is, the effects are transient.

One way that Japan can jumpstart its economy is through liberalizing its immigration policies, and letting foreign workers into the country, which would better promote the job market than the Olympic games. This improvement will help combat the aging population of Japan and increase consumer spending. Additionally, financing these Olympic games is already been extremely costly, which is adding to Japan’s debt crisis. The previously mentioned figure of ¥801.1B currently allocated to the games could be better allocated to improve the Japanese economy in places like fiscal packages.

The chances of the the games being profitable are low, and looking at other games, one can see that the high costs of the games usually overpower other economic benefits of hosting an Olympic game. Overall, the Tokyo 2020 games will do little to improve the Japanese economy as the increasing budget will magnify the debt crisis and the shrinking workforce will simply tighten the labor market further.

The Economics of Hosting the Olympic Games. (2018, January 19). Retrieved from https://www.cfr.org/backgrounder/economics-hosting-olympic-games

Vaccaro, A. (2015, February 12). How London’s Olympics Went Way Over Budget. Retrieved from https://www.boston.com/news/business/2015/02/12/how-londons-olympics-went-way-over-budget

Why would anyone want to host the Olympics? (2013, September 08). Retrieved from https://www.economist.com/the-economist-explains/2013/09/08/why-would-anyone-want-to-host-the-olympics