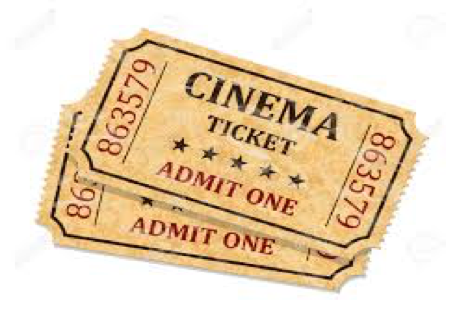 MoviePass’s rise this past year certainly stirred up a commotion. How are they profiting? How will they be sustainable? Well… they weren’t. And here’s what happened.

I was a MoviePass subscriber from April of 2018 to August of 2018, and boy what a time it was. The premise of MoviePass was this: for a mere price of $10 a month, you could see an almost unlimited amount of movies that whole month. In the beginning, you could see any movie you wanted, at any time, and at almost any theater, with the only additional charge being the difference in price if it was 3D or IMAX. The icing on the cake was that in NYC where a single movie ticket costs around $16, I was only paying $10, for an unlimited number of movies. MoviePass was footing the bill for my movie habit like a benevolent parent and life was great. One might ask, how the hell did MoviePass make any money, and well, that’s the thing: they didn’t. Throughout the life of the company, MoviePass had aspirations that economies of scale would one day save their profit margins. They believed it would all be over after that. Once they could break even, they would storm the movie industry and have all the moviegoers, theaters, and production companies at their heel, a prophecy of mythological proportions that never quite came to pass.

Through an interview given to CNN Money, the CEO of MoviePass explained their grand strategy. Their first stage was that they would negotiate for discounted bulk purchases of movie tickets from theatres on the basis of their large subscriber base that they would lure in with a stellar deal. Then, when they were roughly breaking even on ticket sales, they would sell other things: ad space in their promotional emails, soundtracks to movies they know consumers have seen, and consumer data about what their customer is like and how they purchase. These extras that would be sold would then build the base of their profits, which would then further be funneled into investment to the movies themselves, which their platform would encourage people to watch.

What MoviePass needed to succeed was one thing: the cooperation either amicably or not of the theatres. The crux of MoviePass is that if you go to the theaters using their service you will save money; if MoviePass were to be just as expensive or even more there would be no reason to subscribe to their service– thing is Moviepass can’t change the ticket price because they don’t own the theatre! Therefore, if MoviePass is to attract customers they need to either lose money every time a user goes to the theater, or they need to somehow strong-arm theatres into giving them discounted tickets for their users. Such hopes never materialized for MoviePass for one main reason: theatres did not have any reason to be undercut because they owned the rights to the ticket and were already making profits. In fact, MoviePass would have been bad for a theatres bottom line because the theatres were already under attack by Netflix.

In some aspects, the movie theatre business model is similar to Moviepass, incur high short-run costs and make up for it by selling a lot of sweets and trinkets. In contracts with production studios, theatres incur high fees to rent distribution rights to new movies, where sometimes around 70% of the revenue generated from ticket sales go to the production studios. Theatres also incur high fixed costs from the real estate the theater inhabits as well as the projectors, screens, and chairs that allow the theatre to do business. These low margins on tickets and high fixed costs lead to the movie theater industry barely breaking even or sometimes going negative on ticket sales. The saving grace of these theatres was selling the $8 popcorns and $5 sodas, which cost pennies on the dollar to make, allowing them to actually break even or positive.

This model described is put under stress when you throw in Netflix. Movie theatres have been forced to undergo a reformation over the past few years because of Netflix, which directly undercuts the market for the consumers that the movie theatre industry targets: high school/college students, young professionals, couples, etc. For $10 a month, you could watch 3 movies on Netflix, or you could go out to the movies and pay more and not have any of the popcorn, or soda along with it; and for the price conscious consumer, these changes were very significant.

Realizing that the volume of people coming through their door has gone down, movie theatres needed to go back to the drawing board and find new ways to stay afloat. Theatres soon began to renovate and rebrand the experience. The results are easy to see: almost every theatre in major cities in the US now feature bars that serve beer, wine, and cocktails at what I can only imagine as a ridiculous markup. There have also been a large emergence of theatre chains that serve restaurant-quality food during movies like iPic. And in most theaters, especially AMC theatres, there are reclining leather seats, a huge step up from the dirty, musty, grand-dad-had-his-first-date-in-that chair.

The rationale behind these upgrades was actually down-sizing. Realizing less people are coming means that you must make more money on every ticket, which most theatres make their margins on concessions. Still further, theatres had to incentivize those buying tickets to keep coming back or else they would lose more to the phenom of Netflix. So for every person who is willing to pony-up for a movie ticket you now want to sell them not only a popcorn but a daiquiri as well, and table service while they’re at it so you can maintain your margins. Additionally, movie theatres have had to redefine the level of luxury and comfort consumers expect for the price of their movie ticket. Those leather recliners that have become a new staple in the theatre business weren’t out of the kindness of their hearts for patrons, but rather to simulate a level of comfort perhaps better than what you could attain at home, and thus incentivize you to come to the movie theatres instead of staying home.

Because of the changes the movie theatres needed to undergo, in order to stay afloat, they also must reassess who their target audience is. The price of a movie ticket in NYC is $16; that’s $16 for two hours of fun, at a certain time, in a certain place, and of a certain kind. There is not a lot of flexibility wrought from buying a movie ticket; in comparison, signing up for a Netflix subscription allows you to watch whatever you want at any time of day and everywhere you go. This cost difference is quite significant to those who don’t have a lot of cash to be spending on entertainment, think: students, young professionals, parents with multiple kids. And while a night out at the movie is a cheaper option than say a concert or a fancy meal, the added benefits of Netflix are undeniable: the ability to use a service that you had otherwise at zero additional cost to supplement spending money somewhere else. So, to the people with lower discretionary spending available for movies, there is not enough reason to spend the extra cash on going to the theatres. Theatres have realized this and are thus retargeting a more specific audience, making the experience more luxurious to appeal to those with the means.

Recognizing this trend in the downward consumption by those with lower-discretionary spending, MoviePass thought that if they could get these people back in the theatre they could find a sustainable business, MoviePass tried to Netflixize the movie theatre. This is why MoviePass is priced like other services like Spotify, Apple Music, or Netflix, to attract those who will spend these magic numbers for unlimited consumption. Then, with this mass of subscribers Moviepass would negotiate the theatres into submission and the rest would be history.

What MoviePass failed to realize, or perhaps realized too late, was that the second-stage of their business plan didn’t align with reality. MoviePass, by all accounts, paid full price for every ticket that their subscribers wanted. Why they couldn’t get theatres to budge and sell in bulk was because there was no reason for them to; and if they did, it would have hurt their bottom line. In the first two quarters of this year, AMC made a profit of 100 million per quarter, and has had similarly strong performance over the year. One could say that this is because of an influx of MoviePass cash, but profits have been similar year over year. The plain truth for MoviePass is that there was no incentive for theatres to cut their costs to an outside company. After their restructuring and retargeting, they were already making profits, and to allow a competitor to undercut them and thus survive to undercut them even more down the road would have been bad in the long-run if MoviePass’ business really grew. So it seems that MoviePass went the way of the Dodo bird because it was too little too late. It tried to commoditize something it did not own in the first place, and the asymmetry of power and other market forces prohibited MoviePass’ noble ambitions to bring people back the movies.

In the wake of Moviepass’ failure, there have been an outcropping of other similar business models that try to sell more for less. AMC in response to the advent of MoviePass has rolled out their own service in the same vein. AMC-Stubs A-List, of which I am a proud member, allows users to see 3 movies a week for the price of $20 a month. Though twice the price of MoviePass, the service rivals MoviePass at the zenith of its run. In NYC, I only need to see 2 movies a month to make this deal worth it, and add in the other perks that MoviePass could never do such as discounted concessions, priority concessions/ticket lines, and best of all the ability to reserve my exact seat hours or days in advance of the screening, and AMC is prepared to fill the space that MoviePass has left empty. AMC is also poised to carry this on for longer because instead of having to hope they can one day negotiate lower prices, AMC takes the hit themselves with the knowledge of their own margins and can maybe tweak other costs and margins to turn this into something sustainable for themselves.

Other businesses have found success within the framework of MoviePass, originally Netflix was held to be an unprofitable beast, but the difference is that Netflix survived, whether that be because of changes in consumer patterns or luck is beyond this article. It is pertinent though to think about the emergence of this business model in the context of other success stories to really sniff out where it gets it right.

Kennon, J. (2014, 10 August) The Economics of the Movie Theater Industry Will Be Interesting Over the Next 25 Years. Retrieved from https://www.joshuakennon.com/economics-movie-theater-industry-will-interesting-next-25-years/

Paulas, R. (2018, June 12) The Guy Who Owns MoviePass Says Losing Money Was The Plan All Along. Retrieved from https://www.vice.com/en_us/article/4355xn/ted-farnsworth-moviepass-interview-on-business-model

Variety. (n.d.). Number of MoviePass subscribers in the United States from December 2016 to June 2018 (in thousands). In Statista – The Statistics Portal. Retrieved November 29, 2018, from https://www.statista.com/statistics/757802/moviepass-subscribers/