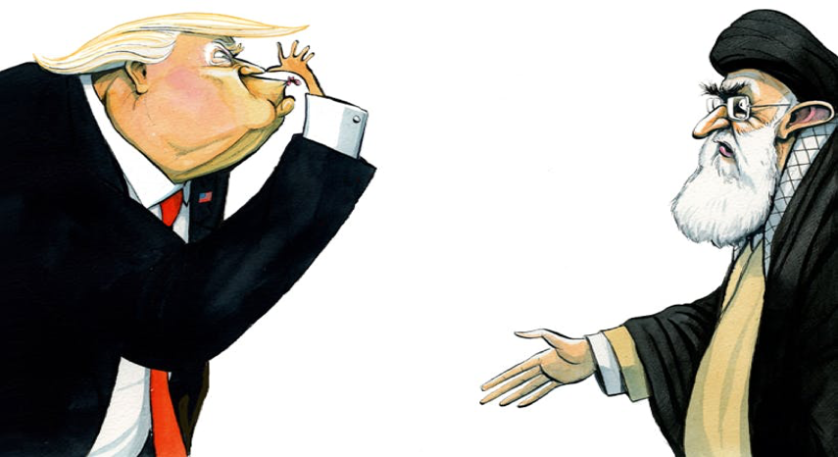 Will the US sanctions on Iran succeed in economically isolating the oil exporting giant, or will they isolate the US itself?

It’s hard to picture a world uninfluenced by oil; be it cooking, international relations, geopolitical situations, or the CPI, oil plays a pivotal role. The United States recognized its importance in the world market many years ago but was trampled over by large, resource rich countries like Iran, Saudi Arabia, and Russia that became the world’s leading oil exporters. However, over the next few decades, the mighty superpower strategized and discovered methods to drill and produce crude oil from areas within its territory that Americans didn’t even know were oil rich. American entrepreneurs on the hunt for new oil producing technologies discovered two techniques around the period between 2008 and 2015 that have started gaining momentum and showing results now in 2018. Known as horizontal drilling and hydraulic fracturing, these techniques entail drills traveling longer distances to help pump a fluid that keeps rocks containing large quantities of hydrocarbons (called “shale”) open a few inches. This allows for a better flow and retrieval of hydrocarbons. The implementation of these techniques in Texas, Montana, and Dakota, among others, has caused a sharp rise in oil production.

Interestingly enough, shortly after these techniques were developed and implemented, the Trump administration decided to pull out of the 2015 Iran nuclear pact the Obama administration signed and limit Iranian oil exports to the global market. As part of the deal, Iran agreed to abide by all the enforced regulations, curbing its nuclear production, releasing more information on nuclear activities, etcetera. Iran is said to have followed all the clauses, causing no disruption. However, the United States recently decided to pull out of this deal and place sanctions on Iranian oil production in an effort to bring the country’s oil exports down to an absolute zero by November 2018, stating Iran supports budding terrorism around the world. The US also threatens to place sanctions against all countries importing oil from Iran unless they cut imports from Iran by November. It threatens to isolate those economies by banning them from dollar based transactions and disallowing their usage of the dollar as a universal trading currency by not supplying it to them.

Iranian oil sales have plummeted after this announcement, but surprisingly, Iran’s top two oil importers, China and India, continue to demand Iranian oil without batting an eye to the superpower’s threats. China seems reactionless to the US’s continued attempts of persuading them to reduce their demand, and India says that they will only pay heed to UN approved sanctions and will continue to maintain diplomatic relations with their long time trade partner, Iran.

Amongst these economic tensions, Russia isn’t left behind. The large country vows to support Iran by protecting their exports – it proposes to buy off a majority of the oil exports and refine and resell it to other economies in an attempt to evade the sanctions imposed by the United States. The EU also promises to support Iran among these sanctions as it is completely opposed to the United States’ decision to pull out of the 2015 agreement.

Many of these developed and developing nations seem to be unafraid of the US’s threats to ‘lock them out’ of or exclude them from dollar based transactions and thus drag them into a possible trade war, which leads us to question who really is facing economic isolation here? According to the US Energy Information Administration, the United States is currently the world’s top crude oil producer, producing approximately 10.8 million barrels per day, with previous leaders, Russia and Saudi Arabia, close behind at 10.6 and 10.4 million barrels per day respectively. It is interesting to note that while the US is currently the top oil producer, it is not in the list of top 10 oil exporters of the world; however, with new policies and accelerated production, credible institutions like the Citigroup predict it to jump to number 1. While the US is climbing up the rankings of top oil exporters, subtly improving the hydraulic fracturing technique and paving its path to becoming the largest exporter of oil, is it going to be able to reach the top by playing aggressive?  Countries like China, India, and Russia are among the few that seemingly do not fear the US and are covertly making their mark as independent superpowers by creating diplomatic trade relations. Will the US isolate itself as it threatens to isolate the world’s emerging economies from dollar based trade and subsequently mark the end of an era dominated by the USD, or will it be successful in curbing the  influence of the current dominators of the oil market and ending Iranian oil export? The only determinant of this is the politics of oil.

Green, D. (2018, May 12) Trump has taken a big gamble on Iran, but for the right reasons. It might just pay off. The Spectator. Retrieved from https://www.spectator.co.uk/2018/05/trump-has-taken-a-big-gamble-on-iran-but-for-the-right-reasons-it-might-just-pay-off/

O’Connor, T (2018, October 5) India will buy weapons from Russia and Oil from Iran, Ignoring US Warnings. Newsweek. Retrieved from https://www.newsweek.com/india-will-buy-weapons-russia-oil-iran-ignoring-us-warnings-1155433

McLean, B (2018, August 30) How America’s ‘most reckless’ billionaire created the fracking boom. The Guardian. Retrieved from https://www.theguardian.com/news/2018/aug/30/how-the-us-fracking-boom-almost-fell-apart