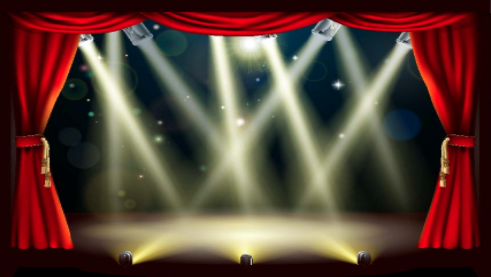 “Hollywood needs to go back to the drawing board.”

In the last decade, video-on-demand (VOD) film services and independent production companies such as Netflix, Amazon and HBO have dented the “theatre experience,” the core medium through which the Big Six Hollywood production firms provide their entertainments services. The Big Six’s decreasing market share in film viewership can be attributed to the increase in portable content-enabled viewing accessories among consumers. In turn, VODs brings vast arrays of content at lower prices than those of average movie box office tickets. In fiscal year 2016, the Big Six grossed over half of all domestic and international movie box offices’ revenues.  However, high cost, high stakes, CGI-driven and franchise-based New Millennium films represented a large market share of their revenues, while mid-budgeted and indie films lacked extensive marketing campaigns and were not popular among viewers. The Big Six’s current revenue model might be profitable in the short-term, but future revenue volatility is likely because of a lack of diversity in film style and content, and increasing competition from the VOD sector. The Big Six may consider producing larger volumes of mid-budgeted and indie films, that do not fit the criteria of New Millennium films, and require original stories and character development. This shift in the revenue model can stabilize future revenue streams and increase the Big Six’s cash flows.

The Big Six and the New Millennium Film

The Big Six is a common reference among media outlets that refers to the six largest film-production and distribution firms. These firms are parts of larger conglomerate entertainment and media companies and have produced and distributed many of the popular and major blockbuster franchises, or the New Millennium Films, beginning in 2000. In 2016 alone, the Big Six accounted for approximately 58% of the total international revenue market share. They include Warner Bros’ (DC Comics Universe), Disney (Marvel Cinematic Universe), Universal Pictures (Fast & Furious series), 20th Century Fox (X-men series), Columbia Pictures (James Bond & Spider-Man) and Paramount Pictures (Mission Impossible & Transformers).

In a 2009 essay on the state of the film industry since the year 2000, film critic Thomas Schatz established the term, New Millennium Film and listed specific criteria that such films all shared:

While not a concrete genre, New Millennium films have continued to gross large revenues since 2009 while sharing many, or all, of Schatz’s prescribed characteristics.

A New Wave of Hits

The Big Six’s post-2000 transformation into franchise- obsessed, blockbuster-driven studios began when it acquired many successful art-house and indie production companies in response to the surging independent film movement in the 90’s. It also expanded and created seperate indie filmmaking operations through subsidiary companies focused on art films, international imports and “specialty” products. Some of these subsidiaries included, Fox Searchlight, Sony Pictures Classics, Focus Features and Miramax. This consolidation created 2 dominant modes of production within the film industry: The conglomerate- owned subsidiary indies that produced mid-budgeted films between 30 million dollars and 50 million dollars, and the parent conglomerate whose prime objective was to produce blockbusters budgeted between 100 million dollars and 250 million dollars that would appeal to the global marketplace. The Big Six’s extensive control of the film market enabled it to govern new releases and film marketing campaigns. And beginning in 2000, New Millennium films largely outpaced independents in terms of marketing and planning, and became the Big Six’s dominant revenue model.

Since 2000, each of the Big Six has produced over 10 New Millennium films. They have included the X-men franchise, Fast and Furious, Star Wars, Mission Impossible and Pirates of the Caribbean series, Marvel and DC comic book adaptations and Cinematic Universes and Star Trek reboots. Out of the top 7 grossing production companies in 2016, 5 out of the 7 each financed at least one film over 150 million dollars. Film budgets have increasingly risen from 2000’s X-Mens’production budget of 85 million dollars to 2016’s Captain America and Batman V. Superman production budgets of 250 million dollars.  Disney Studios’ Pirates of the Caribbean: On Stranger Tides (2011) reportedly cost about 400 million dollars, and currently stands as the most expensive film ever made.

The New Millennium revenue model rests on the assumption that the Big Six can consistently regenerate each film to sustain and increase revenue in terms of sequels. Films’ earn the most revenue from theatrical showings, while the rest is accounted for by home entertainment, television and merchandising. Currently, the revenue model assumption has held as series installments have routinely outperformed their predecessors. Additionally, according to a StepthenFollows.com study, New Millennium films use extensive marketing campaigns, which often times, determine the films’ final box office performances.

While this revenue model has been steady, new market forces in the form of VOD entertainment are poised to revolutionize film entertainment services, and advance past the “theatre experience.”

Growing competition against the theatre experience

The most significant medium through which the Big Six provide their entertainment services is through the “theatre experience” in cinemas. The theatre experience is in modern terms, backwards and uncomfortable. It is a stationary and sedentary medium in large, public and noisy cinemas. Viewers often sit in uncomfortable chairs, and cannot take restroom breaks for fear of missing part of the film. According to the latest Theatrical Statistics 2015 study by the Motion Pictures Association of America, the average U.S cinema ticket cost $8.15, while the average price for a family of four cost $32.72. The 12 to 17 years old age group had the highest per capita attendance, while the 25 to 39 years old age group’s attendance rose.

pricing. Major VOD services, Amazon, Netflix and HBO have developed and created their own

original content in the form of mini-series, shows and documentaries and have kick-started independent film development. Given these newer alternatives, millennials’(18-34) viewership -and – entertainment habits have gradually shifted from stationary locations to more comfortable and mobile locations such as homes and offices.

According to a study by Marketing Charts, an online data collector, the current average millennial VOD viewing time has increased steadily from mid-2013 to the beginning of 2016.  The millennial age group also heavily utilizes mobile and portable accessories such as smart phones, laptops and tablets from which they can view VOD content.

The VOD revenue model has drastically changed the way film content is monetized. Viewers no longer have to purchase an $8.15 one-way cinema ticket for an uncomfortable theatre experience and for one, genre specific Big Six movie. Instead they can pay in the form of an $8.99 monthly subscription to watch content in comfort and for unlimited genre selection.

Increasing teenager and millennial attendance rates are indicators of  their interest in films. But given that VOD offers more personal comfort than cinemas and lower pricing for greater genre selection, these groups in 10-15 years may choose to switch in higher rates towards VOD modes of entertainment.  Families of 4 may also choose VOD services instead of cinema services due to lower pricing for greater genre selection, thereby eliminating more consumers from viewing films in cinemas. Thus, the Big Six is perhaps on the verge of losing future revenue streams and alienating potential viewers.

Ongoing and Future concerns with the New Millennium Films:

Inherent problems associated with New Millennium films are their limited storytelling capabilities, lack of critic’ praises, jumbled CGI effects and sequel set-ups. The theatre experience is also less attractive to contemporary consumers because the Big Six, in attempting to reach wider audiences, establish PG-13 ratings and therefore, avoid the grittier material so popular in Netflix, HBO and Amazon films.  New Millennium films have gradually come to tell the same storyline, and consumers are growing weary of watching their immortal heroes save the world time and time again. For example, popular New Millennium franchises, The X-Men and DC Comics have historically experienced drastic second weekend drops. X-Men films such as X-men: The Last stand (2006) and X-Men: Days of Future Past  (2014) experienced 77% and 74 % drops, respectively during their theatrical runs. Batman V. Superman and Suicide Squad (both 2016) experienced 69% and 67 % drops, respectively during their theatrical runs.  The drops shows that New Millennium films attract the die-hard fans during the first weekend, but without stellar ratings and reviews and similar plot lines, other parts of the population do not go to the theatre to view the films. While there have been a number of outliers, this trend is more the norm than the exception.

Successful mid-budgeted and indie films can be complementary sources of income and cash to the Big Six along with New Millennium films. In fact according to The Numbers, the most profitable mid-budgeted and indie movies based on ROI (Gain from Investment- Cost of Investment/ Cost of Investment) since 2000 had an average ROI (excluding the highest film) of 7,124.6 %.  New Millennium films do turn sizable profits, but incur large expenses, have thinner profit margins and can cause studios incredible financial losses just by breaking even. In 2016 alone, films such as La La Land , which was budgeted at 30 millions dollars and grossed 430 million dollars, and Split, which was budgeted at 9 million dollars and grossed 260 million dollars, frequently paced and even outpaced New Millennium films costing over 100 millions dollars.

An increase in mid-budgeted and indie film releases does not burden Big 6 conglomerates with huge financial risks. They have the market power to influence wider releases for these films, and can generate more marketing than traditional, smaller independent studios. If some films flop, they do not incur huge monetary losses. Taking such actions is necessary to avoid future revenue volatility and shortfalls in response to the post-millennial blockbuster trend and advance in VOD technology.

Streaming Subscribers- By A lot. The Wrap. Retrieved from http://www.thewrap.com/hbo-vs-hulu-vs-netflix-heres-whos-winning-in-streaming-subscribers-by-a-lot/