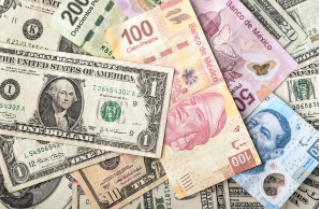 “Can we really use tariffs to make other countries play fair?”

“I believe in free trade, but…”

This sentence almost never ends well. It leads to several misguided arguments for forms of protectionism that end up being harmful. Retaliatory tariffs have become a centerpiece of such arguments, in the modern United States and throughout recent history. People from all political persuasions have supported such tariffs in the guise of keeping trade “fair,” but many are misguided in their endeavors. Ironically, it is often the case that those who are most passionate about helping American workers and industries will inadvertently support policies that  harm them.

At the most fundamental level, trade of any kind is the act of exchanging goods and/or services between two or more parties. Each party trades because they believe they will gain some value from the exchange. Thus, every voluntary exchange results in mutual benefit: a win-win situation. Each exchange is a set of choices made by individuals, representing themselves, a business, or a government. For the most part, trade occurs between ordinary people seeking to gain value of some kind. We can benefit from trade because of the principle of comparative advantage: certain individuals are more efficient than others at producing certain goods and services, so when more people produce things based on specialty, more goods and services are produced in general and at a more efficient rate. The economy grows faster, and the differences between what people produce and consume are resolved through trade.

Barriers to international trade, broadly categorized, are collectively known as Protectionism. Such barriers include tariffs (taxes on imports or exports), embargoes (complete bans on importing and/or exporting certain goods), quotas (fixed limits on the amount of goods imported and/or exported), and subsidies (government funds and/or benefits granted to certain firms in certain domestic industries). A strategy used in ‘trade wars’ is the imposition of a retaliatory tariff, a tariff with the specific intention of pressuring another country to alter its own trade policy or other public policies.

Because economists from just about every school of thought are, for the most part, in favor of freer trade, it seems that problems- and bad policy- arise from strictly political motivations. Even John Maynard Keynes, the godfather of modern macroeconomics, serves as an example; he advocated for Britain to impose tariffs in 1931 (Eichengreen 1984), despite clearly opposing them throughout his career. He believed Britain should abandon the gold standard and adopt a floating exchange rate, but was confident that political complications would prevent this from happening (Friedman 1978), and thus decided to publicly champion tariffs. Incidentally, Britain abandoned the gold standard 3 weeks later and Keynes re-adopted his free-trade positions. Political complication is the lifeblood of Protectionism, and makes it difficult to understand the nuances of trade. Retaliatory tariffs serve as a clear and very relevant example.

This is particularly relevant in today’s United States, and not just because President Trump has vocally supported retaliatory tariffs (along with other trade barriers). Public figures like Bernie Sanders have echoed Trump’s sentiments on trade almost to the word (OnTheIssues 2016), and workers in several countries have decried the trade liberalization allowed by the TPP and NAFTA. The past two years have proven that with certain rhetoric, many people can be convinced to passionately support many forms of Protectionism for the supposed sake of patriotic interest. However, once we begin to unveil the unintended consequences of certain policies, the rest will follow.

The Most Common Misleading Claims

Claim: Under NAFTA, U.S. companies, such as car manufacturers, move to Mexico, with net losses in jobs and revenues for American workers. Mexico steals our business.

Prescription: Rewrite NAFTA, impose tariffs on imports (up to 35%) to level the playing field.

NAFTA went into effect in 1994 following 7 years of drafting. It eliminated tariffs on goods made entirely in North America, with the exception of goods made with capital from non-NAFTA countries, which were still subject to tariffs. You can find plenty of reasons to oppose this 35% tariff in general, but is it a strategic way of negotiating with the Mexican government? Consider every option.

Mexican economy minister Ildefonso Guajardo has stated that Mexico would take immediate fiscal action to counteract the tariff. This tariff would likely spark some sort of trade war, though actual war with Mexico is highly unlikely. Tariffs hurt producers and consumers, foreign and domestic, without anything to show for it in the long run. A grueling trade war, therefore, isn’t worth the economic harm, especially considering that the resulting agreement, if one is reached, almost certainly wouldn’t improve on the present-day scenario. The Mexican government and citizens are under attack for crimes they did not commit; businesses face much more hardship in the form of domestic taxes and regulations than can be attributed to trade with Mexico. Taxing their exports has no political or economic upsides.

Claim: The U.S. debt to China can be made up by engineering trade policy.

Prescription: Impose a large tariff on imports from China.

This claim comes from an interview of Donald Trump conducted by Wolf Blitzer in 2015. Blitzer objected to Trump’s tariff proposal, saying it would start a trade war, and claiming America’s large debt to China made this scenario undesirable (incidentally, economists have dismissed Blitzer’s fear of China holding U.S. debt reserves). Trump responded, “One year of this tax and we don’t owe them anything.” The President’s conclusion displays a fundamental misunderstanding of the concept of trade deficits. He is certainly not alone, even among policymakers, in perpetuating these misconceptions.  However, they are dangerous, and should quickly be refuted.

The trade deficit is not like a budget deficit. Budget deficits describe shortages in goods and services themselves, which are supposed to be accounted for in the form of money but are not. Trade deficits describe the differences between how much one country imports from another country and how much they export to that country. For instance, in 2015 the U.S. had a trade deficit for merchandise of over $365 billion with China (Jeffrey 2016). This should simply indicate that the Chinese, at least for now, are better-suited to produce and sell merchandise, and so we benefit from the low resulting prices. In the same way, almost all of us have trade deficits with our grocery stores, which sell us more groceries than we sell them. But they also relieve our need to produce our own groceries; as a man named Andy George found out, it takes $1500 and 6 months to make a sandwich from scratch by yourself (Singleton 2015).

As it turns out, increasing tariffs on China does not raise the kind of revenue required to pay America’s debt. The national debt increases with the budget deficit, not the trade deficit. Tariffs may reduce the trade deficit, but this is highly undesirable; it forbids the exchanges that let people spend less, get more, and use their leftover capital to improve their lives and grow the global economy. This strategy can hurt U.S. businesses and their employees, and stifle economic growth, which in turn can lead to increases in transfer payments from the government, and decreases in tax revenues. Thus, the roundabout effect of tariffs may actually increase the national debt to China.

Claim: China uses currency manipulation to gain an unfair advantage, and profits from unfair tariffs on U.S. companies trying to sell products there.

This one is the most complicated, because it is based on the most truthful assumptions. Even economists have acknowledged the apparent irregularities in the way that the People’s Bank of China (a central bank) has managed the value of their currency (the yuan). In particular, there was controversy over the devaluation of the yuan by 1.9% and then 1% in two consecutive days in July 2015. Such manipulations are intended to give the Chinese a competitive edge by making all other currencies stronger than the yuan by comparison, meaning global consumers have stronger incentives to buy Chinese goods and services. Some economists see the move as a sign of weakness, and other countries may devaluate their currencies in response.

However, it is important to note that the power and role of each currency, even in a fixed system, is not solely decided by the central bank behind it. The price of yuan can cause market-based adjustments of floating currencies, like the dollar, and all currencies are subject to the pressures of inflation as the real-world correspondence between money and goods becomes clear. In short, engineering monetary policy is extremely complicated, because the foreign exchange market consists of many countries with fixed exchange rates reacting to one another alongside the market forces of floating rate systems.

How, then, will the imposition of tariffs from the United States result in a “better” structure of fiscal and monetary policy? Only by convincing Chinese policymakers that they can reach an optimal outcome by adapting to standards proposed by the current U.S. policymakers. Considering the turbulent political climate in both countries, and the other set of circumstances by which the Chinese government operates, this seems highly unlikely. In addition, we’ve already shown that retaliatory tariffs don’t improve the relative standing of the country imposing them, and it seems similarly true that the U.S. has nothing to gain by raising tariffs on Chinese imports.

In general, the sentiment behind “strategic” tariffs is based on the ideals of fairness, competition, and patriotism. However, the real effects of retaliatory tariffs and other forms of Protectionism make them counterintuitive means of promoting these initiatives. When trade is liberalized, we will reap the benefits of comparative advantage, which include economic prosperity and improved international relations. It is now our responsibility to make these opportunities clear.

OnTheIssues. (2016). Bernie Sanders on the Issues. Retrieved from OnTheIssues: http://www.ontheissues.org/2016/Bernie_Sanders_Free_Trade.htm