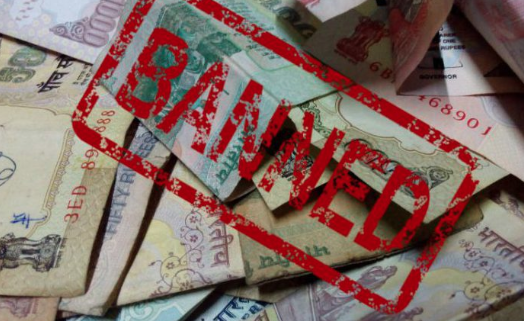 “Demonetization: A step ahead against corruption or a step back for India’s economic growth?”

A memorable day. While everyone in the world sat at the edge of their seats to see who the 45th president of the United States would be, India was hit by a shock of its own by Prime Minister Narendra Modi.

“On the one hand, we are now No.1 in the rate of economic growth. But on the other hand, we were ranked close to one hundred in the global corruption perceptions ranking two years back” (translated) stated Modi, as he led up to the one of the biggest and most unexpected economic decisions in the history of India – Demonetization. Last implemented in 1978, Modi decided to bring back a tool of economic reset by withdrawing the two high denomination banknotes, 500 and 1000 Rupee (INR) from the Indian economy. After removing the legal tender status of these notes, the Modi government stated that it would issue new 500 and 2000 Rupee notes. By doing so, not only did he disrupt the night of every citizen, but by removing such high denomination bills from the economy, he managed to nullify 86% of the national currency in the span of a few hours. In order to exchange the old and now illegal notes, citizens were required to exchange their currency bills at banks or post offices for newly printed and published currency. As a result, every exchange was monitored and verified by the banks. This announcement not only affected every resident and tourist in the country, but also managed to spark an immense national debate that centered around the long-term effects that might appear after all exchanges have taken place.

Four months later, and the debates continue. So, what should your take on it be when you are faced by a resident Indian signing praises of Modi or detesting his newest decision, you may wonder? Well, here are 3 Go’s and 3 No Go’s that will allow you to make a considerably neutral and informed  argument on demonetization.

Yes, I favor the demonetization in India because it…

Money that has been earned illegally or remains undeclared for tax purposes is considered black money. As stated by Modi in his announcement, India is known to be a country high levels of corruption due to untaxed cash and wealth. With demonetization implemented, Modi hopes that cash being exchanged in for new notes, is monitored. If more than INR 250,000 ($3,677 approx.) in cash is attempted to be exchanged, the individual will be questioned on the source of this money. If evidence is failed to be provided, the individual will be penalized. By doing so, this process will be able to identify and reduce the number of tax evaders, shrinking black markets in theory. Demonetization in India is expected to shrink the black market from 40% to 20%, generating higher market share in the formal economy. The key markets that have been directly flooded out of their black money is the real estate and jewelry market in India.

India’s economy is heavily dependent on cash transactions specially in rural and semi-urban areas. As a result, this increases the scope of a black market rising as these cash transactions, when it comes to businesses, results in untaxed wealth catering to the informal economy. By digitizing India with the use of applications such as Paytm, cashless transactions will be promoted, thereby preventing the generation of a black market, moving a higher proportion of the country into the taxed formal economy.

Terrorist funding within the country is solely based on cash transactions, which will be made void due to the cash that will need to be declared and justified to the banks. If not so, all their money will be considered to be illegal tenders, stopping all transactions. Furthermore, counterfeit currency has been a growing issue in India for decades, that demonetization will put an end to as well. It is reported that in every million notes, 250 notes are fake. The new 500 and 2000 rupee notes will also come with additional security features, making it harder to duplicate and circulate around.

No, I don’t favor demonetization because…

Unfortunately, the theoretical view of this economic decision was not backed up with efficient execution. Banks were unable to exchange old currency for new currency while ATMs couldn’t dispense new banknotes, due to the shortage of banknotes supplied by the government as well as the incompatibility of the shape of the new banknotes with the old ATM machines.  As a result, this left many Indians standing in long lines, for endless hours to exchange their money. This continued to significantly impact the rural population due to their lack of structural resources to cope with this phenomenon, as many of them only relied on their savings in the form of cash with nothing else to fall back on.

Consumption in India is majorly driven by cash transactions and happens to control 56% of India’s GDP. A halt placed on cash transactions due to the shortage of banknotes, is predicted to directly reduce GDP by 2% due to lesser trade and consumption. Cash centric sectors such as agriculture, fishing and informal markets were negatively impacted due to the lack of circulation of money. The lack of growth, as a result will have a counter positive effect of lowering inflation in the future.

The inability of businesses in the cash centric sectors to retain jobs due to the lack of cash led to 400,000 people being unemployed. This effect is seen in multiple industries such as the textile industry that has 31.9 million workers that are currently unpaid due to lack of banknotes being supplied. Other sectors, such as the leather and jewelry market are also being adversely affected leading to a loss of 20-25% of employment.

…..So, what’s your call? Yes or no? Is a short run inconvenience for a long term formal economy reasonable? Direct impacts on the poor to rectify the mistake of the rich? Will people actually declare all their black money or will it be laundered through other mediums? Will the execution improve?

Time shall tell, I guess!