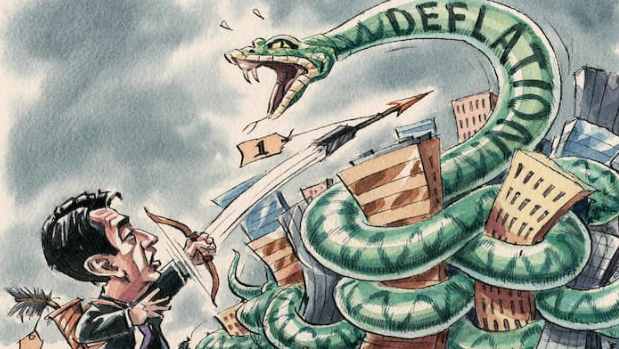 The combined policies of the BoJ and the Japanese Ministry of Finance have been controversial. But have they worked?

Japan – the country known in economic and financial circles for the ‘Lost Decade of the ‘90s’,  characterized by sluggish growth and a million policy attempts to correct it, in recent years has faced a time that was startlingly similar. For the last few years, Japan has been under the spotlight for the intriguing economic experiment of Abenomics. Here is all you need to know to make just the appropriate amount of intelligent conversation about this pertinent economic issue.

Abenomics is the colloquial name for the economic experiment implemented by its namesake, Prime Minister Shinzo Abe in December 2012. This term referred to economic reforms and policies to reflate and reform the slacking Japanese economy. With low and negative inflation rates, economic stagnation and low productivity, economic resurrection was attempted based on what was referred to as the ‘three arrows’ – monetary stimulus, fiscal flexibility and structural reform. It was believed that these ‘three arrows’ would be able to push the economy into positive inflationary territory and jump start growth.

What was meant to happen?

In theory, the ‘three arrows’ policy was believed to complement each other in ensuring the revival of the economy by the Japanese government. The first arrow was directed towards monetary easing, which included slashing interest rates to ensure private borrowing for investment purposes would rise, resulting in private consumption that would lead to the reflation of the economy.

The second arrow was directed towards  government spending that was worth close to 6% of the GDP. This included included borrowing money and injecting it into the economy, to further stimulate capital expenditure. In this regard, the Japanese government issues huge amounts of national debt, a large amount of which ended up being owned by the Japanese people. In addition the Bank of Japan purchased a large amount of public and private debt with the intention of stabilizing the debt markets in Japan, a nation with a public-debt-to-GDP ratio of 229% according to 2015 numbers.

The last arrow was directed towards structural reform. This primarily encompassed labor reforms designed to open up the labor markets to foreign workers. By employing foreign workers and loosening the domestic labor laws, the Japanese government believed that they could increase employment, and drive demand for hiring causing a rise in wages, followed by prices.

What could go wrong?

For starters, even after the interest rate was cut down to almost zero, consumption or spending did not spike. Generally, when a government borrows, it crowds private borrowing raising inflation and interest rates. But in the case of Japan this did not happen as the the lack of private borrowing and spending left the government borrowing and spending more. Instead, consumers and residents began saving more due to further expectation of price deflation within the economy, instead of consuming and investing.

Relating to the second arrow, to keep the fiscal policies in effect, the government increased the consumption tax to gain a higher revenue to re-inject into the economy. However, this too backfired further contributing to the cutback in consumption. To add to the chaos, Japanese stocks began to be sold at a higher rate due to the negative expectations of the economy, leading to a strengthening Yen. A strengthened Yen makes it less profitable for domestic firms to carry out business, forcing them to spend less, thereby lowering capital expenditure. It also lowers the competitiveness of Japanese exports on the global market. The government continued to be forced into borrowing to counteract the lack of private sector borrowing and capital expenditure.

Did anything go right?

Of course! Well, 1/3 of the experiment did go well!

The third arrow was mostly based on bringing about labor reforms. Japan has recently faced the problem of a shrinking work population, due to a graying population. Hence, to counter that and bring about structural changes, the government weakened the labor reforms to attract foreign workers, as well as make the hiring and firing process within Japan more lenient. The labor market was able to increase by a third, including skilled and unskilled workers. It was the strong demand for labor that was able to attract workers from within and outside the country, abiding by the theoretical view of how the third arrow would help revitalize the economy.

There is definitely hope, provided the first and second arrow work together. Reform, resurrection and reflation can only happen once private spending and borrowing picks up just enough, for government spending to reduce, reaching a balance. Along with increased and growing employment, Japan has also managed to defeat core inflation (excluding energy prices). At the beginning of the experiment, the country had set a reasonable inflation target of 2%, which as predicted by few economists can be achieved in 2017-18. As long as Japan continues to ride along the path of offsetting private surpluses and supporting private consumption, this inflation target is feasible along with uplifting the Japanese economy. Until then, till private spending doesn’t pick up, the government will need to keep bridging this gap by stepping in and implementing the second arrow of Abenomics and supporting the third arrow, to ensure the first arrow reaches its target.

What do I take away from this?

Well, if nothing else, then just remember “If two things don’t make a right, try three!”