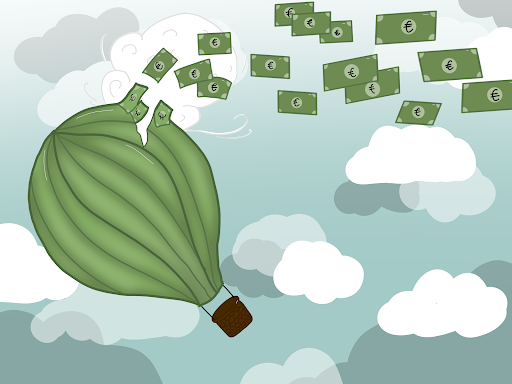 After the economic shock of Covid-19, a deeper inspection of the ECB’s systematic problems is necessary to prepare for the next economic recession.

The European Central Bank (ECB) is in charge of the second largest currency in circulation after the U.S Dollar: The Euro. The currency with the greatest potential to one day replace the US Dollar as the world’s reserve currency, the Euro is under greater scrutinization than ever to be a stable and predictable currency. This is the responsibility of the ECB which faces serious institutional problems. Fixing these problems can make the ECB the most powerful and trusted Central Bank in the world. Without a fix, the ECB may find itself unable to control shocks to the Euro and European economies, weakening the Eurozone for decades to come.

Price Stability – Be All End All

The ECB was chartered under the Treaty on the Functioning of the European Union (TFEU). This treaty established the ECB for the sole goal of maintaining price stability. The way the ECB does this is through the inflation target of 2%. Anything above this amount can damage economic growth, while anything lower can possibly lead to deflation. One issue that arises is the decreased relevance of inflation. Inflation is not the looming threat it used to be. For highly debated reasons, inflation is extremely low and central banks around the world are trying to increase inflation to 2%. Furthermore, as inflation is less correlated to economic growth, the ECB, when attempting to achieve the 2% mark, may make counter-productive monetary policy that could lead to recession.

One solution to this is for the ECB to have another mandate. The Federal Reserve System (The Fed) in the United States has a dual mandate of price stability and full employment, needing to balance the two for stable economic growth. Possibly a second mandate will allow for the ECB to handle any situation? That being said, the TFEU is broad in the ways the ECB should go about maintaining price stability to allow many avenues of monetary policy. This allows the ECB to have discretion on how to stabilize prices and can allow individual different ECB presidents to solve more problems than just price stability. At the moment, though, ECB presidents have taken a very narrow reading of the TFEU.

Another structural issue of the ECB is meeting the needs of nineteen very different economies. The ECB must manage the Euro for all the Eurozone countries which creates issues when different countries are affected differently by recession, or worse, are at different points in the business cycle. This is an issue that came to light in the 2007 economic recession that originated from the US. Germany, amongst other countries, weathered the storm better than Greece and some of its neighbors. This led to Greece needing expansionary monetary policy to compliment their fiscal policy with the lowering of interest rates and monetizing of government bonds. Germany, on the other hand, was dealing with an inflation crisis and wanted higher interest rates. This situation put the ECB in an impossible position and is only one example of a major problem in the Eurozone’s monetary policy. One possible solution is for  each country to use expansionary fiscal policy when dealing with a recession, and for the ECB to focus on preventing inflation. Although theoretically this is an apt solution, in practice , some countries need the close cooperation of expansionary monetary policy alongside fiscal policy to push through a recession. Furthermore, expansionary fiscal policy is extremely expensive and requires the selling of government bonds. Italy, for example, needs investors to buy those bonds, but with the added risk, investors need a higher price. To circumvent this, central banks can monetize the debt by buying those bonds and any excess money the central bank has will be returned to the treasury creating “free money” in a sense. Such an operation is prohibited under the TFEU which leads to central banks monetizing debt in the secondary market which is more expensive and less effective.

As seen above, the TFEU creates the ECB, but also places limitations on its powers. Not only is the ECB limited in pursuing price stability and prohibited from monetizing debt in the primary market, the ECB faces limitations on the extent to which it can carry out monetary policy. For example, the TFEU requires the ECB to buy government bonds proportionally to that government’s economy. Such a rule makes it difficult to monetize debt for economies diving deeper into recession. This is not just an issue for the worst of times though. If the market does not trust the ECB to do what “whatever it takes”, the market will be more volatile with  all matters regarding the Euro.

The Euro has great potential to become the world’s reserve currency and etch itself into the permanent history of Economics. The only way the Euro can meet its potential is through a strong ECB. The issues that the ECB face today are mere reminders of larger institutional problems that plague the ECB. All of these issues come down to the TFEU. This treaty was groundbreaking with the establishment of the Eurozoone, but also has created severe limitations and problems for the ECB. Amending the treaty may allow for the ECB to create new monetary policy tools and truly take the reins of handling the second largest currency in the world. Only when this occurs, will the market trust the ECB and reduce the volatility that currently degrades European growth. □