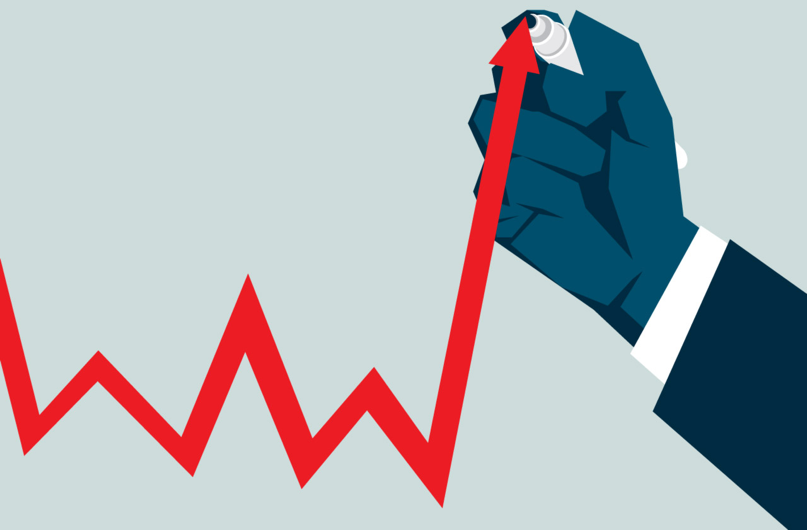 Inflation has been low the past decade but with the recent inflation scare at the start of 2018 and a possibility of more in the future, it is worth revisiting the topic of rising inflation.

For the past decade, the U.S. economy and financial markets have been dealing with an unusually low level of inflation; yet, the start of 2018 saw a rise of 0.5% in the Consumer Price Index (CPI), nearly doubling the Federal Reserve’s estimate of 0.3% for the month. The Fed’s target rate for annual inflation is 2%, and the first month of 2018 already hit a quarter of the Federal Reserve’s target. Although inflation stabilized with a moderate 0.2% increase in February, the sharp rise in prices the first month of the year reignited the fear of high inflation that was hardly present over the last decade. Such an inflation scare was a significant factor in the stock market volatility that reemerged at the start of February. After the Bureau of Labor Statistics reported a job growth of around 200,000 in January and a 2.9% increase in average hourly earnings, the inflation scare that resulted from the report pushed the Fed to propose further rate hikes, causing the biggest market drop since 2011. The February 5th market drop was a prime example of how fear of inflation can affect investors and the financial markets. Because of the possibility of another sharp rise in prices in the future, it is valuable for us to look at the origins and effects of higher inflation.

Inflation can be defined as an increase in consumer prices and the equivalent decrease in the value of currency. Thus, inflation is higher when prices of goods increase at a higher rate, causing a larger decrease in the value of money. Economists divide inflation into two types: 1) demand-pull inflation and 2) cost-push inflation. Demand-pull inflation results from an increase in the aggregate demand for goods that exceeds the economy’s capacity to supply these goods at their present market price. This type of inflation arises when the central bank rapidly increases the supply of money or when consumers expect higher future inflation. Demand-pull inflation can be attributed to some of the most severe examples of inflation in history, such as the hyperinflation in post-World War I Germany and Venezuela today. Germany was badly damaged at the time, and to pay off their enormous post-war debts, the country started mass printing money. The rapid increase in money supply plummeted the value of the German Mark, leading to demand-pull inflation. Similarly, inflation in Venezuela increased greatly over the past few years as the government attempted to print more currency to pay off the country’s debts. Because the country is showing no signs of recovery, consumers spend all they earn and save none due to expectations of higher future inflation.

Inflation can be a frightening economic phenomenon that rapidly consumes a country’s currency value and leads to little savings as consumers spend all their income before an expected price increase. Although it can have these severe effects on countries, a low and stable inflation is actually a good sign for an economy. With low inflation, businesses feel more confident investing and increasing their productive capacity in the future, while consumers are prone to save some of their income by investing in capital markets in order to counter the steady decrease in currency value. Governments usually target an inflation rate of around 2% and use fiscal and monetary policy to keep the rate close to the target.

The current 12-month inflation rate in the U.S. is 2.2%, which is fairly close to the Fed’s target of 2%. Ever since the Great Recession, the Fed maintained low interest rates, and the inflation rate remained surprisingly low as the U.S. economy began recovering from the financial crisis. According to the World Economic Forum, while the U.S. monetary base grew at an annual rate of 17.8% from 2005 to 2015, the CPI only increased at an annual rate of 1.9%. This low rate of inflation has largely benefited investors and the financial markets, but the recent inflation scares have brought this economic phenomenon back to light. And although the inflation rate has stabilized after the January jump, it is important to understand that it could reemerge in the U.S. again as the country deals with uncertainty relating to a potential trade war or a possible overheating of the economy due to recent tax cuts.

Federal Reserve Bank. (2002, October 01). What are some of the factors that contribute to a rise in inflation? Retrieved March 21, 2018, from https://www.frbsf.org/education/publications/doctor-econ/2002/october/inflation-factors-rise/