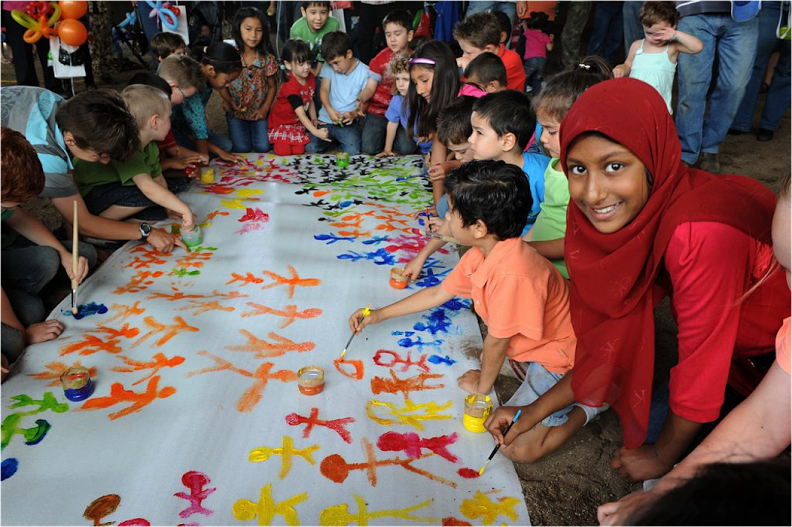 “Second generation illegal immigrants have to suffer from their parents’ decision, and their legal status prevents them from an education and full participation in the economy.”

Most of America’s undocumented youth find themselves in a tough situation because of the choice their parents made, which was leaving their native country and moving to America without legal permission. Though it may be possible to live in the U.S. as an undocumented immigrant, problems occur when the students find out about their lack of legal status when they are in high school.

Nearly a quarter of a million undocumented students are struggling to receive higher education. Their lack of a Social Security number makes them ineligible for receiving federal and state aid, which creates a challenging barrier to attend college. On top of this barrier, other problems, such as the burden of their family’s finance and the lack of help from their school advisors, create a difficult choice they must make; to go to college or not.

Only recently, a study has been done to give attention to these students and their struggles. A 2015 report called, “In the Shadows of the Ivory Tower: Undocumented Undergraduates and the Liminal State of Immigration Reform,” surveyed around 900 diverse undocumented undergraduates across 34 states who emigrated from 55 different countries. This research shows the different needs and challenges of this ignored fraction. According to the study, “Deportation is a constant concern. Over three-fourth of participants reported worries about being detained or deported. 55.9 percent reported personally knowing someone who had been deported including a parent (5.7 percent) or a sibling (3.2 percent).”

There have been efforts to ameliorate this problem. President Obama’s executive decision in 2012 on a temporary program called Deferred Action for Childhood Arrivals (DACA) was beneficial to some undocumented students. If an undocumented student satisfies the requirements of DACA, the student receives temporary work authorization as well as protection from getting deported. According to the UCLA study mentioned above, “85.5% of students with DACA reported it had a positive impact on their education.” It also reported that DACA recipients had higher rates of working, receiving grants and scholarships, and participating in internships than those who didn’t receive DACA.

Thanu Yakupitiyage, the Communications Manager at New York Immigration Coalition, feels confident that DACA will not be rejected or taken away by the next president because of how successful it has been. “DACA really proved our point, which is that if you provide young people with access to job opportunities and are let to legally work, they will be contributing to the economy,” Thanu says. “They will be doing great things and I think that is why NYIC and other advocates will continue to make that case. We are not going to let DACA take that away.”

Unlike Thanu, Michael Rose, the Associate Director for Government Relations for the National Association for College Admission Counseling (NACAC), is unsure of what will happen in the future: “I think if a Democrat wins the presidency in the next election, it will stay around and if a Republican wins, then it’ll depend on which Republican wins the election so, I think the next two years is going to be a big question about that.”

Some argue that with DACA and with several universities crafting their own version of the Dream Act to provide financial aid for these undocumented students, the illegal students’ status is not ignored.

Mr. Rose believes that the level of support and awareness for undocumented students depend on several factors. “I think it depends on individual university and on region of the country we are talking about,” he says. “I think some schools are very well versed and know how to help their students and others don’t really get a lot of applications and it becomes more difficult to work with those students.”

Thanu, who graduated from a university as an undocumented student, is a bit more skeptical. “I do think that administrators need to get more training on how to deal with students with different statuses so no, I don’t think they are adequately trained,” Thanu says. “There is a lot of ways in which universities can be more supportive to undocumented students.”

Though this problem can be looked as a case-by-case situation, most undocumented students have to take matters into their own hands and develop a forced independence. The UCLA study showed that “Students reported high levels of being treated unfairly or negatively due to their legal status by faculty, counselors, other students, financial aid officers, campus administrators, and security guards/campus police.”

Undocumented youth, who decide to pursue higher education for a higher-paying career, tend to hide their status from their school friends and advisors. “Some of them are hiding their status because they are also trying to protect their whole family,” Thanu says. They constantly worry about being able to afford college for all four years, in secret. Their college experience consists of balancing full-time jobs and their heavy school load.

“Undocumented students are often put in the position to work multiple jobs to put themselves through school,” Thanu continues. “I know one person who worked at a bodega all night in order to pay tuition to go through Hunter College. Also, you are creating a whole community of people who are extremely tired because they are working to try and provide and be on top of their school work.”

These students are not only exhausted, physically and mentally, but their anxiety level is significantly higher than the norm population. According to the recent UCLA study, their anxiety scores were above the clinical cut off level: “Undocumented undergraduates reported significantly elevated levels of anxiety. 28.5% of male and 36.7% of female participants’ anxiety scores were above a clinical cut off level (in contrast to 4% and 9% of a norm population).”

Affordable Education: A Given Right?

Maybe there are some fortunate ones, who receive full or enough aid through private scholarships. But for most students, they have to either work full-time and give up other aspects of what college has to offer or they have to give up college to support their family.

Because of their other worries like the possibility of getting deported, their parents being torn away, and other financial problems, affordable education becomes a necessary and demanded right. Overall, “there is a need within the higher education community for an on-going dialogue to inform admissions and outreach, financial aid, transition programs, student support services, retention programs, and efforts to assist students with pursuing graduate school or careers. It is a crucial step, not only to ensure the students a future and a certain level of dignity, but also to minimize the black economy and allow second-generation immigrations to participate in the white-collar part of the economy.

Teranishi, R., Suárez-Orozco, C., & Suárez-Orozco, M. (2015). In the Shadows of the Ivory Tower: Undocumented Undergraduates and the Liminal State of Immigration Reform. Retrieved 2015.

A Red Hot Housing Market: Looking Behind the Rally

Economic Outlook in the U.S. Bleak Among Continued Concerns...