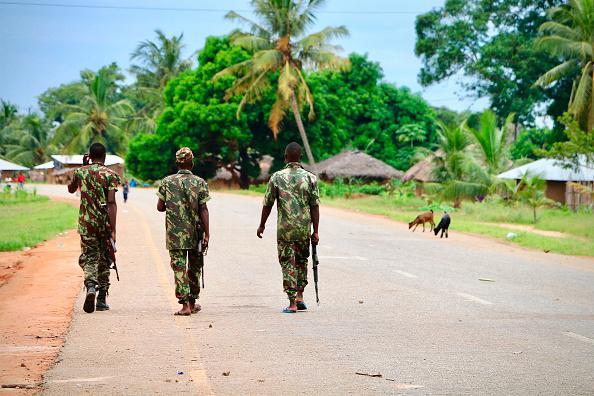 On March 24, al-Shabaab forces attacked Palma, Mozambique, killing many and displacing tens of thousands (Smith).  Invasions like these have become increasingly common in the past few years with deaths in the region more than doubling in 2020 (Mwai, Giles).

The most recent attack came within hours of an announcement that Total, a massive French energy company, would be resuming operations in Mozambique.  It is unclear as to whether this news provoked the insurgency, but it is unlikely that the timing was a coincidence—foreign investment would lead to jobs and financial stability, both likely to deter terrorist recruitment efforts.  Mozambique, especially in the northern region towards Palma, has seen an historic increase in economic opportunity following a decade-old discovery of an immense natural gas field holding 425 billion cubic meters of gas (BBC Staff).  Since then, major energy companies have been attempting to claim their share of Mozambique’s resources, bringing economic opportunity to the region.

What was once commonly recognized as the poorest region in Mozambique seems to have been presented with unforeseen possibilities for growth, so much so that the Mozambican government pinned much of its hopes for fiscal stability on the success of the natural gas trade.

Now, the African natural gas market is in jeopardy.  Risks associated with the terrorist threat are causing foreign energy companies like Total to consider pulling out despite already having sunk nearly $120 billion in Mozambique (Smith).  Terrorist threats like these also lead to reduced foreign interest in the future.  Considering Mozambique’s economy depends so heavily on international natural gas trade, decreased foreign investment means decreased fiscal stability.  With natural gas projects delayed, the Mozambique government is struggling to come up with a plan to pay off its external debts that skyrocketed to just under $15 billion in 2019 (Strohecker).  Less money flowing into Mozambique makes paying off those debts far more difficult, and increased reliance on debt more likely.

Beyond the fiscal crisis, Mozambique is struggling with a humanitarian one.  After the insurgency, the United Nations World Food Program stated that just short of a million people are facing severe hunger in northern Mozambique alone (WFP Staff).  This makes Mozambique far less attractive to investors, particularly because difficulty distributing essentials like food does not bode well for the infrastructural stability and efficiency necessary for wide-scale developments.

While Mozambique’s economic future hangs in the balance, it’s important to note that their struggle serves as an example of the “high-risk, high-reward” nature of foreign developments in Africa.  While risk factors like corruption, insurgency, and infrastructural issues are at times prevalent, the sheer amount of money foreign corporations pour into their African operations despite the risks is a signal that involvement is highly profitable. □