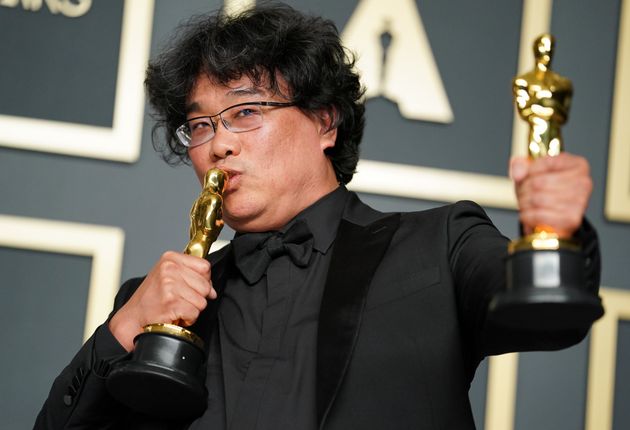 Korean productions now seem to dominate the entertainment industry on various fronts. How did this Asian economy move away from car manufacturing to become a world leader in entertainment?

This year’s Academy Awards took a surprising twist when the South Korean movie “Parasite” won the best picture award over the critically-acclaimed movie, “1917,” which led the polls on most betting websites. However, this is not the first time we hear about Korean productions making strides in the Western entertainment market. K-pop, despite being mostly undermined  in Western award ceremonies such as the Grammy’s, the uprising of “BTS,” is a global phenomenon. “BTS” has stayed at the Billboard Top 100 (global) artists for over 175 weeks and currently holds the record for most views in 24 hours on a single YouTube video. Most recently, Fox premiered the third season of “The Masked Singer,” a show based on South Korea’s hit TV show “King of Masked Singer,” which has been extremely popular since 2015.  Simultaneously, in the Video Game arena, South Korean teams of Overwatch, Starcraft, and League of Legends all invite millions of viewers to their local and international tournaments, with the latter having more viewership globally than last year’s Superbowl. However, the rise of South Korea as a powerhouse of entertainment in all these diverse areas is no coincidence; it is the result of an impressive macroeconomic shift in the country that has been taking place since the early 2000s.

In 1997, South Korea, Thailand, Indonesia, and many other East Asian and South Asian countries underwent a financial crisis caused by speculative bubbles due to extremely low interest rates and a reversal of capital inflows due to many loans being denominated on foreign currencies. As a result, many of these countries found themselves in great debt that had to be repaid with the help of the International Monetary Fund. In the case of South Korea, local conglomerates, also known as “chaebols,” accumulated a lot of foreign debt, and the population was against bailouts by the IMF. However, the harsh situation required the government of Korea to accept the money from the international institution in exchange for the economic restructuring of its import and export industries. Before the crisis, South Korea’s GDP was mainly composed of construction and manufacturing of cars and electronics under heavy protectionist policies. However, the IMF imposed the liberalization of such markets, forcing South Korea to find another source of exports.

Ever since the release of “Jurassic Park” in 1993, the Korean government had a special interest in the media industry, as the movie generated revenue which was equal to the sale of 1.5 million Hyundai cars. Therefore, the pressure from the IMF reforms created an opportunity to explore the untapped media and entertainment market. One of the first incentives launched by the Korean government was to promote the export of local TV dramas to China by subsidizing the extra editing and subtitle costs, a key part of the localization process. By 1999, K-Dramas had a strong fanbase in China and small audiences in Japan and Burma, and the growing popularity of the medium gave birth to the term “Hallyu (한류),” which translates to  “Korean Wave.” By 2001, South Korean movies started to be commercial successes in cinemas all over East Asia, and the Hallyu notably expanded to the Philippines and Taiwan.

By 2005, South Korea started to observe a sharp increase of tourists looking for the locations in which many of these movies and dramas were set, creating a new profitable export market. The government took note of this trend and subsidized the infrastructural costs of certain studios so that the sets on the shows would closely resemble real-life locations in Korea to promote further tourism. At the same time, boy-bands, most notably Big Bang, Super Junior, and DBSK, started to appear across the country with a unique twist on pop-songs, accompanied by highly synchronized dance moves, setting up the foundations of modern K-pop.

The advent of social media and web 2.0, a term for websites that emphasizes user-generated content such as Facebook, Twitter, and then, MySpace, around 2010 gave rise to the second wave of Hallyu, or “Hallyu 2.0,” which was centered around Korean fans sharing and promoting their national shows and bands over the internet. Independent video creation was also key for Hallyu 2.0. As sites such as YouTube made the distribution of independent media to be completely free, the costs of artistic production went so low that many more Koreans used it to promote their culture. Entertainment companies also took advantage of these platforms, as SM Entertainment, JYP Entertainment, and YG entertainment, which are known as the three largest entertainment companies in Korea, spearheaded the management of some of Korea’s most prominent artists. One notable moment which signified the arrival of Hallyu into the Western market was “Gangnam Style” by PSY, the first video ever to reach one billion views on YouTube and the introduction of many international audiences to the world of K-pop.

Another type of entertainment that started to be popularized in 2013 was independent live streaming, through sites such as Justin.tv and Twitch garnering the attention of millions of viewers each day. Koreans were incredibly drawn to this new media, which created a platform for esports and a new genre of video, Mukbang, which would later spread to the rest of the world in the upcoming years. The Korean government was quick to implement measures to support these new industries, as it spent millions of dollars in improving the broadband technologies of the country, which lead to it having the fastest internet speed in the world. The most notable K-pop band, BTS, started to make its way to the Billboard 100 list in 2016, getting increasingly popular around the world. One of the techniques that aided its fast growth was the use of V Live, an online live streaming app that allowed celebrities to interact with their fans. This app led to many K-pop bands selling “personalities” rather than songs or shows, changing the marketing strategy of such bands.

Nowadays, the Ministry of Culture of South Korea has a USD$500 million budget to spend in the promotion, research, and development of its various entertainment industries, with a newfound focus on smaller studios. The same Korean ministry indicated that there were over 89 million Hallyu fans at the end of 2018, with the figure being very likely to surpass 100 million by the end of 2020. The recent win of Parasite at the Academy Awards will undoubtedly make international audiences more aware of Korean movies as a valuable source of entertainment, and it will be no surprise to see more of them in American movie theatres in the future, further expanding the Hallyu fandom. However, the advent of entertainment from outside of the United States is a clear indication that some measures such as subsidies or tax breaks for producers should be implemented if they wish to retain their current, dominant position in the industry. □