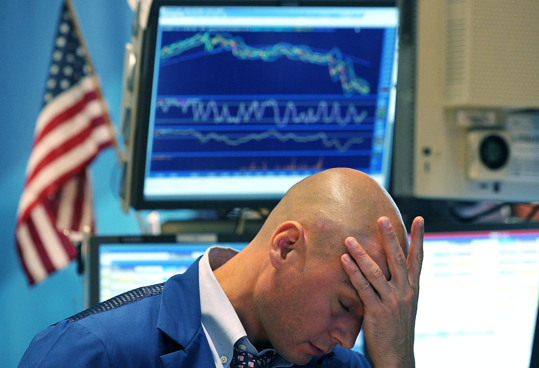 The US-China Trade War to blame for purchasing managers’ poor outlook on future economic growth, specifically in the manufacturing sector of the economic indicator.

Although there is no one definitive way of accurately determining the economic future of the United States, tools such as the Purchasing Managers Index (PMI), a gauge for economic trends in certain sectors, allows us to get an idea of what could potentially unfold in the oncoming years. The PMI is considered a critical decision-making tool for managers and investors alike.

PMI is determined through the monthly surveying of Purchasing Managers spanning over 400 companies. By analyzing factors such as new orders, inventory levels, production, supplier deliveries, and employment, they project the direction their prospective sector is headed. Taking these factors into consideration, these managers are then asked to decide whether they believe the market is expected to improve, deteriorate, or have no changes.

The percentage of each answer is multiplied by a score of 0 (deteriorating), 0.5 (no change), or 1 (improvement), giving it a score between 0 and 100. The PMI affects both producers and consumers, as companies in a sector with a PMI of above 50 will usually increase their production, and investors will use it as an indicator of economic conditions. In essence, the PMI is an essential tool for those looking to see how the managers of a certain industry expect the future to unfold.

A reading of the United States’ manufacturing sector has shown its lowest reading in nearly ten years for the month of September. According to the Institute for Supply Management, the PMI for September was at 47.8, after an expected 50.2, marking the lowest reading since June 2009, a little less than a year after the 2008 market crash. Usually, any signal below 50 is expected to be a sign of a recession (not the first indicator of the past few months). In the past 12 months, the highest recorded PMI was in November of 2018, with a reading of 58.8, and the previous month (August 2019) was 49.1, the first below the 50-mark of since August 2016.

President Donald Trump has blamed the Fed’s high rates and a strong US Dollar (compared to competing currencies and markets in Europe and China) for the low score. However, a contraction in new imports has been ongoing since June 2019, which has caused a “cautious sentiment regarding near-term growth”, according to ISM Chair Timothy Fiore.

Another concerning aspect for investors was the measurement’s employment gauge, which had its lowest reading since January of 2016. Torsten Slok, the chief economist of a struggling Deutsche Bank, said that “the recession risk is real”, followed by, “there is no end in sight for this slowdown”, in a note after the report.

The negative outlook caused by poor readings on employment and imports has led many CEOs to implicate that the now escalating trade war between the US and China is playing a significant role. This is backed up by the Caixin/Markit factory PMI, or the Chinese equivalent of the Institute for Supply Management, being at 51.4 for the month of September. Experts believe this is caused by the increase in domestic demand for Chinese goods as foreign sales, specifically from the US, have taken a hit in recent months.

The Chief Financial Economist at MUFG Union Bank said, “purchasing managers are telling stock market investors to get out. Run. Run for your life.”