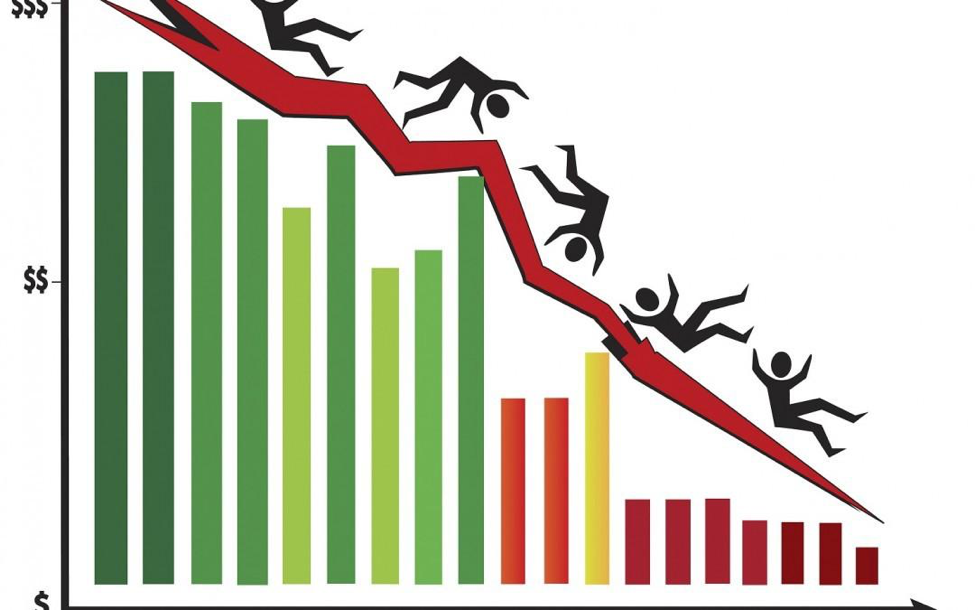 “What goes up must come down”– a fundamental law in physics also serves to be true in economics, especially for the GDP growth and stock market. Growths in both of these sectors are always sought after. It means, while our economy is growing, there is low unemployment and a better standard of living in general. However, the growth can’t persist forever. Wherever there is growth, there will be an inevitable slow down and drop. These cyclical highs and lows are called the “business cycle.”

Many speculate the accurate period of a business cycle. Some say that it is five and a half years while others claiming it is close to ten. In America, we are currently experiencing an unprecedented GDP growth and a low unemployment rate, and are having a steady climb for the former and a steady decline for the latter for eleven years. Due to the unprecedented nature of these two, economists are starting to think that we are way overdue for a recession. Ups and downs in the economy are normal and expected, but recessions, especially bad ones, don’t happen on their own. Usually, when an unhealthy and lucrative business practice is in play, steadily pouring gas all over our economic markets, then all it takes is one spark, one big event for a devastating explosion. In 1929 it was the stock market crash and in 2008 it was the fall of Lehman Brothers. Morgan Stanley has already expected a lack of confidence in the economy to appear in early to mid-2019– will be the harbinger of a recession.

A recession is described by a consistent drop in GDP over a period of time. This declining GDP can be further split into declines in the four parts that comprise a national GDP: the purchases a government makes, the investment companies undertake to grow in the future, the exports from the nation minus the import, and the largest part being the consumption of goods and services by local customers. A drop in GDP usually indicates a drop in consumption, as people start losing jobs and have less money to spend on goods and services. This triggers a  chain of events where more businesses lose profits and lay off employees, who would stop spending as much and force other businesses to lose profits as well. While a recession rocks a nation’s economy as a whole, it can affect different geographical sectors in different ways depending on the businesses there. While we are months away from this possible recession, it is worth understanding how the recession will be felt throughout America diverse business environment.

If we had to divide up and generalize the geographical areas based on industry types, we will see that the west coast is heavy on scientific research, technology, and venture capital. The Midwest is more focused on agriculture. The Ohio Valley area is heavy on manufacturing. The Northeast is finance and business focused, and the south is big on mining and extraction. Of course this is a very loose generalization, and there are many nuances to each state and reason, some examples being Pennsylvania’s focus on steel manufacturing and coal mining, and Texas making big developments in scientific research, but nonetheless, a recession would cause losses to these areas in different ways and magnitudes.

Suppose that the predicted recession would strike in 2019, let’s examine its effect starting with the west coast. A large and very important part of the west coast is the investment. Every day thousands of students and young entrepreneurs from Silicon Valley come forth with new ideas for products and companies. To start this off, they will need capital to get off the ground, which they will most probably get from the bank as a loan. This money will go towards researching and buying equipment to start manufacturing and bringing their ideas to life. Once a recession hits, households will have less money in their pockets and need to conserve. Less money in their pockets means savings from banks being drained, and less money available for banks to loan out to businesses. As per supply and demand, the interest rates for loans will rise and dissuade those seeking to start businesses. There will be a large halt to technological advancement from this region.

Moving eastward, we come to the midwest, an agriculturally heavy sector. Their greatest customers are foreign nations importing goods such as corn and soy. This sector has already suffered losses recently thanks to the trade war that has reduced the demand for these goods, but how would a recession impact it? Theoretically, the influence is not as much. The local fall of consumption would drop profits a little bit, but because exports heavily relate to foreign demand, profits in this field would depend on foreign economic health. One such example of this would be the sharp decline in the exports sector of India after the economic turmoil that hit the EU and USA in 2008. What would occur in the mining-heavy south is similar. Though the loss of local demand from the drop in consumption would hurt their profits, any business focused on exporting goods would not be largely affected.

Next, we arrive in the manufacturing-focused Ohio Valley area. The recession effects here are simple and would tie into the effects on businesses elsewhere. With investment and consumption dropping, the general demand for manufactured goods would tank. Factories would close down and many blue collar workers would be out of jobs.

The Northeast is an interesting area to look at because of its role in recessions in the past. In 2008. The investment banks headquartered in the northeast were found responsible for creating the housing bubble with their subprime mortgages, which ended up popping and launching America into a series of bankruptcies, bank failures, and bailouts. Investment banks in this area would face a fall in demand due to the rising interest rates and less money in the average consumer’s pocket. Finance-focused stockbrokers and hedge fund owners would face a similar problem. Assuming there is a similar trend to past recessions and the future one is accompanied by a  stock market crash, people wouldn’t be investing nearly as much or buying new stock. They would be looking to sell off their stocks as fast as possible to avoid more damage to their portfolio. Due to the market fear, heavy losses would incur in the finance sector in the northeast.

Just as an investor’s portfolio is best when it is diversified, so too is the case with American businesses. The fact that each geographical sector functions economically in such different ways can actually help America recover faster from the inevitable recession that is coming at us. Each sector’s senators and economists can focus on creating, pondering, and lobbying for policies that would help mitigate all the losses from decreased consumption they will all face. With competent economists and smart financial movement, our recession can be short with a speedy recovery.

Stevens, D. ( )How Long is the Average Business Cycle. Retrieved from https://smallbusiness.chron.com/long-average-business-cycle-68626.html