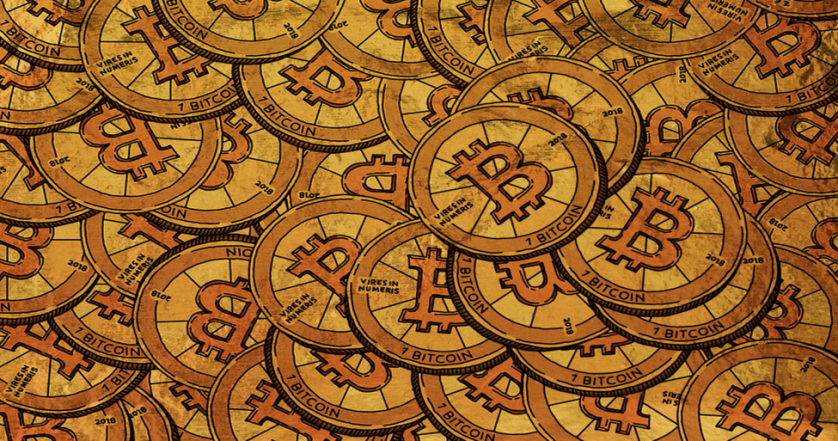 Many people are skeptical about how an invention founded on the idea of decentralization can survive and serve its purpose after being effectively regulated by a government. What people seem to be missing when considering this phenomenon, is that cryptocurrency and blockchain operate in the periphery of a nation.

The introduction of Bitcoin in late 2008 signaled an alarming increase in the public distrust of central banks and government regulations. The idea of a peer-to-peer digital currency that redistributes the power from institutions to participants, brought about a large influx of investments into Bitcoin and the cryptocurrency market as a whole. This sentiment was especially reinforced by the onset of the Great Recession just a few months prior. With crashing stock markets and defaulting banks,  many households, especially those comprised of minorities, the less-educated, or those with low-level income, suffered great losses. With the subsequent recovery and a better understanding of cryptocurrency, the total cryptocurrency market cap reached over $835 billion by the beginning of 2018 . Therefore, it is clear to see that the drive for a decentralized society that began in 2008 continues to garner widespread support.

It is worth noting that cryptocurrency itself doesn’t attract investors. It is the blockchain technology–the digitized version of  the traditional ledger book that is distributed to the users of the ecosystem–behind the digital currency that lures investors. Blockchain enables each user to hold  a copy of the ledger that is immutable, transparent, and, most importantly, decentralized. Bitcoin is only one of the many systems that utilize blockchain. However, due to the innovation that the technology brings and its attractiveness to investors, scams became widespread, especially in 2017, when trading in cryptocurrency became more common spread. Fraudulent projects exploited blockchain’s popularity with investors to raise ridiculous sums of money, and  proceeded to cut ties with them once they had accumulated their needed capital. This misuse of the technology has tainted the overall image of the whole market and misrepresented blockchain’s actual value. NYU Stern Economics professor, Nouriel Roubini, recently testified to the SEC about the horrible state of the cryptocurrency market and even questioned the value of blockchain. Roubini went so far as to  compare the market to a “cesspool”, full of scammers and frauds driven by greed on Twitter.

Over the years, governments have started to weigh in on the issue and have made efforts to introduce a number of regulatory measures to help curb fraud within the cryptocurrency market. While no country has been able to effectively prove its regulations to be the most efficient, authorities are continuing to their attempts to standardize the rules of the cryptocurrency market. Moreover, the relative newness of the  technology has made it difficult for countries to come up with a consensus over legal framework, and each is taking different approaches to solve the issue. Malta, also known as Blockchain Island, for example, has been one of the more progressive nations in its approach towards blockchain and the cryptomarket. The country does not consider the use of digital currency illegal, nor does it see blockchain as a threat towards the government; rather it sees potential benefit within the two technologies. To that end, Malta, on July 4th of this year, became the first country to introduce an organized regulatory framework for cryptocurrency use. However, not all countries have been so welcoming in their approach to the market; China, for example,  had completely banned it  in late 2017 because of concerns about its volatility. The country, however, is more open towards the technology behind the digital currency. According to Asia news outlet, China has been leading the world in terms of blockchain patents. That said, it seems that  the economic giant has been easing its regulations on cryptocurrency as it has recently recognized Bitcoin as a legal payment method. There are even rumors that the country might be issuing its own cryptocurrency sometime in the future.

2018 has shown the direct impact of regulatory measures on the cryptocurrency market. One significant example is the procedure of onboarding investors to blockchain startups. Early investors have to confirm their identity by providing documentation and complying with the policy for combating money laundering known as (KYC/AML). Another example is the requirement of ICO projects to adhere to the law of the country that they are setting up in. For example, China’s stringent legal framework, for example, won’t allow startup cryptocurrency companies set up there, while countries like Malta and Singapore would, conditional on those startups registering with the government to legally operate. These changes in regulation go against the fundamental values of blockchain and cryptocurrency; just as recently as 2017, an investor would have been able to participate in a fundraising without having to provide papers confirming their identity. Startups deciding to issue their tokens and launch their projects  would not have needed to move to another country to operate under more progressive regulations and instead could have able to develop in their countries of origin. The idea of autonomy, decentralization, and privacy are critical to why blockchain and cryptocurrency became widespread in the first place. That said,  that does not mean regulations don’t provide any benefits.

Many people are skeptical about how an invention founded on the idea of decentralization can survive and serve its purpose after being effectively regulated by a government. What people seem to be missing when considering this phenomenon, is that cryptocurrency and blockchain operate in the periphery of a nation. Without clear regulation, entrepreneurs would be uncertain as to how they should execute their projects, while institutional investors would be unwilling to contribute funding thereby stunting market growth; a  good example is the current regulatory measures in the U.S. There’s a level of vagueness associated with the imposition of the law when it comes to cryptocurrency as regulations vary between states, and the Federal Government is yet to introduce any current, comprehensive legal framework.  The uncertainty of regulation raises concerns  about the US potentially falling behind the rest of the world in the development of blockchain and cryptocurrency. At the public hearing, “Examining the Upcoming Agenda for the CFTC” back in July, Christopher Giancarlo, Chairman of the Commodity Futures Trading Commission, explained the difficulty that the CFTC faces in trying to make use of the flexibility blockchain offers due to the present U.S. laws. Indeed, much of the current legal infrastructure affecting the evolution of the technology was developed decades ago, with parts that may have been set  even before the internet was widely adopted. When contrasted  to the regulatory framework in countries such as Malta, South Korea and the United Kingdom, where blockchain developments are growing at a fast pace, the U.S. and other countries that fail to adopt effective, appropriate regulation may have a serious issue.

There are many challenges to regulating the crypto market and the use of blockchain technologies. Questions concerning the extent of market regulation are important because they highlight the issue of innovation. Too much regulation might stifle the development of the technology while too little may lead to rampant scam and fraudulent schemes.  Additionally, concerns about the possibility of public blockchain cryptocurrency taking over the country’s fiat currency has many governments worried, especially given cryptocurrencies increased popularity. This worry is a main reason why countries, such as China, have banned or strictly regulated currencies like Bitcoin. Nonetheless, while there are many concerns that governments have about blockchain and cryptocurrency, it is the regulation itself that opens door for the two to be used effectively and serve their original purposes, and not as means to scam and for fraudulent use.

Frank, C. (2018, Jan 17). Cryptocurrency are crashing early in the new year – but bitcoin investors have seen this before. Business Insider. Retrieved from https://www.businessinsider.com/cryptocurrency-bitcoin-markets-tumbled-early-in-the-year-but-this-has-happened-before-2018

Jennifer, S. (2018, October 15). Is China about to launch its own cryptocurrency?. World Economic Forum. Retrieved from https://www.weforum.org/agenda/2018/10/is-china-about-to-launch-its-own-cryptocurrency/

Joanna, C. (2017, May 30). Blockchain in the U.S. Regulatory SettingL Evidentiary Use in Vermont, Delaware, and Elsewhere. The Columbia Science and Technology Law Review. Retrieved from http://stlr.org/2017/05/30/blockchain-in-the-u-s-regulatory-setting-evidentiary-use-in-vermont-delaware-and-elsewhere/