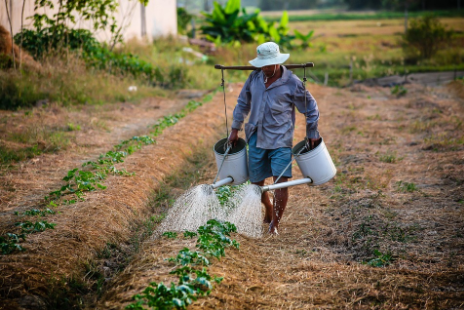 “How dietary fads and food trends affect producers, consumers, and the economy.”

Imagine if someone were to come to the neighborhood where you rent your apartment and open an artisan cheese shop, a vintage clothes store, and maybe even a Viennese-style dessert cafe. Now, imagine your landlord telling you that because of these new features in your neighborhood your rent will increase from what you can afford now to what you can no longer afford–thereby forcing you out of your apartment. That’s gentrification.

There’s more than one type of gentrification…

While there is no agreed upon definition for food gentrification, it is not hard to see the effects of the wave of food trends that sweep nations every year. From the 2012-2013 obsessions with quinoa, to calling kale the next-big-thing, these dietary fads seem like they have no particular significance, but they in fact do.

Certain regions are defined by their crops and ingredients. Not only are some crops and ingredients unique to a particular region, but the communities in that region are financially dependent on the market for those goods, too. When a dietary trend starts–whether it’s due to a wave of flood-bloggers Instagramming the ingredient, or Whole Foods launching a marketing campaign about it–demand for the ingredient grows. This rise in demand is met with a rise in the price of the product, and by extension a rise in supply, due to the simple fact that agribusiness around the world will not allow for a profit-making opportunity to go unutilized. This rise in supply comes in the form of increased production by already existing producers, but more importantly, in the form of new producers entering the market. When new producers enter the market, they enter it full force in order to capitalize on the dietary trend, using economies of scale like combine harvesters and agri-infrastructure to produce the product. This is where things get sticky. When this happens, not only do already existing producers lose their price-setting ability, but the price of the ingredient eventually falls. The market is ultimately left with more modern agribusiness that forces original producers, who utilize primitive agricultural techniques, out of the market.

When quinoa, a protein-packed South American grain, exploded around 2010, a similar series of events took place. The price of quinoa tripled to around $6-$7 per kilogram. Agribusiness quickly joined the market and starting producing the grain as well. For a brief moment, Bolivian and Peruvian producers were selling the grain at its new, inflated price. In turn, the native producers expanded their own profits. However, the increase in production–spurred by the grain’s new found demand–eventually caused the price to fall back down. By the time the price of quinoa fell down again, the South American producers had already lost their price-setting ability. They were being bled out in the market by agribusiness that could mass produce quinoa using combine harvesters for cheaper. The Peruvians and Bolivians, unable to procure such technology, were still using their bagging hooks.

The final effect is that South American quinoa producers are now being dealt fatal blows by agribusiness that is producing quinoa for cheaper. Furthermore, low-income families that depended on quinoa as a kitchen staple could not afford it when the price tripled. This, as we should remember, is the consequence of a seemingly innocuous dietary fad–the result (possibly) of a Brooklynite food-blogger’s visit to Machu Picchu.

The unfortunate truth is that quinoa is not the only food affected by this gentrification: collard greens, peanut butter and sweet potatoes are all rising in price, making them less affordable to low-income consumers who depend on them for nutrition.

Leave a Reply to Brink of Economic Thoughts Cancel reply